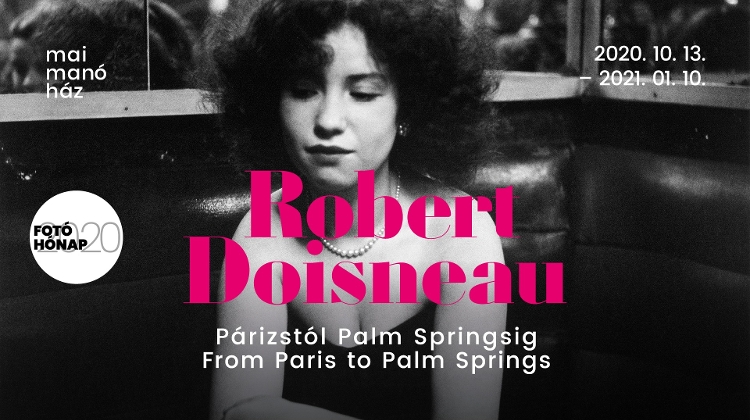 Now on until 10 January. Robert Doisneau was born in Paris in 1912, and never really detached himself from his hometown.

It was his hunting ground, ready to be used, his chosen source of images and emotions. Paris was his world, photography his pretext, curiosity his driving force and lightness his style.

Robert Doisneau was one of the most important representatives of humanistic photography. For many years, he was considered above all as an admirer of picturesque Paris, who photographed the city with a loving eye and a unique sensibility.

As a result he has been championed as a poet of the “pure” moment. However, Doisneau’s oeuvre is much deeper and complex than that reputation suggests.

Aside from the streets of Paris, where he encountered and portrayed lovers and children, Doisneau also produced some remarkable and unexpected colour photographs.

In 1960, Fortune magazine hired the French photographer to reveal the life of an exceptional city that was born in the middle of the Californian desert: Palm Springs.

Doisneau accepted the challenge and amid the desert sands, palms and cobalt blue sky, the noisy inhabitants’ flashy attire, the cocktail parties and the golf courses, he created his own personal American dream, not in black and white but in an explosion of colour.

These images from the album, Palm Springs 1960, reveal a little-known side of this great photographer.

The exhibition, From Paris to Palm Springs presents some one hundred original prints, famous images set alongside ones the public has not seen, chosen for the most part from his atelier and important private collections in France.

This extensive selection, further enriched with personal documents and testimonies lovingly collected by the photographer’s daughter, provides us with an updated critical rereading of the oeuvre.