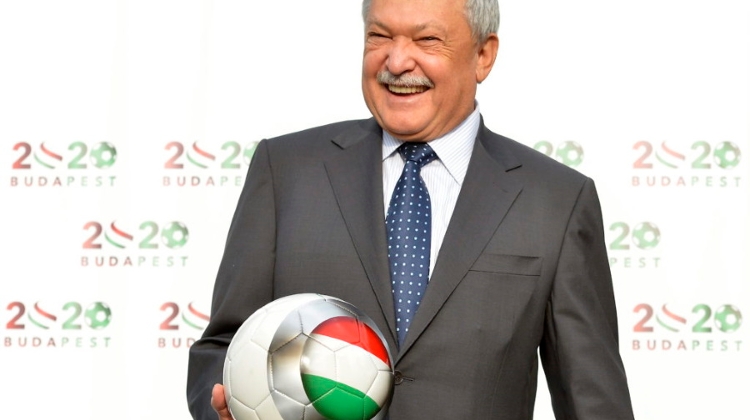 On 19th January 1901, leaders of the fledgling Hungarian football world gathered at a venue favoured by Kálmán Mikszáth and decided to form an independent association for the organisation of football in Hungary.

Géza Jász, a well-known writer-philosopher, was elected as the body's first president and the first league championship was immediately announced.

The Hungarian Football Federation (MLSZ) was founded 120 years ago today, on January 19, 1901, in Budapest, in a private room of the István Főherceg Hotel at 1 Akadémia utca, with the participation of thirteen clubs and the Competition Venues Association.

This was still the dawn of football at that time, the MLSZ being only the ninth football federation in continental Europe, while outside Europe during this period there were only one or two official national federations.

"We can be proud that the Hungarian Football Federation was one of the first football associations on the continent and around the world, so it is not only for us that its formation is a significant sporting event," summised current MLSZ President Sándor Csányi (pictured on top).

The 120th anniversary year coincides with several important events which will become historically significant in the federation's history. For the first time in the history of Hungary,the country will this year will be the co-host of the men's European Championship, four matches being due to take place in the 67,000-capacity Puskás Arena.

It will also host for the first time (also co-organised with Slovenia) the men's U21 European Championship with matches of UEFA's second largest tournament due to be held in Budapest, Székesfehérvár, Szombathely and Győr.

A further first includes the Europa League final being awarded to the Puskás Arena in 2023 (having already hosted the Super Cup final in 2020), the 2019 Women's Champions League final having already been played in the Groupama Arena, also in Budapest.

Hungarian Football: A Look Back At The Year 2020