Hungarian Football: A Look Back At The Year 2020 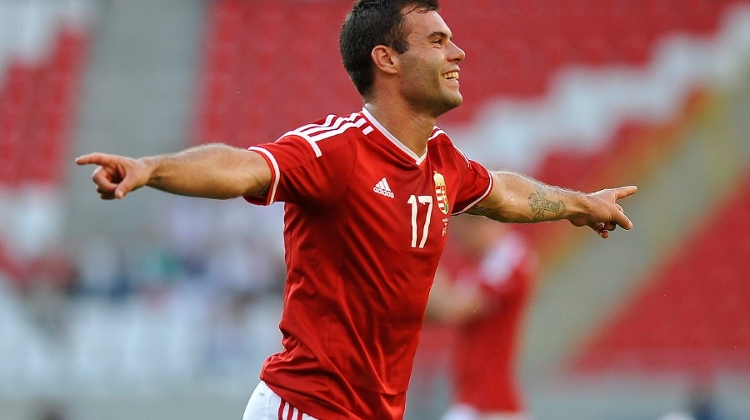 It has been a tumultuous year but in many ways an ultimately successful one for Hungarian football, the biggest prize of UEFA Euro 2020 qualification being secured at the final opportunity. Here we round up the most important moments of 2020.

Football worldwide was plunged into uncertainty in March when the coronavirus pandemic forced most national associations to halt their seasons, but Hungary was one of the earliest countries to resume their top-flight league championships, just weeks after MLSZ President Sándor Csányi was re-elected for anther five years.

Just 70 days after football was brought to a halt in Hungary, it resumed and winners of both the men's league championship and Hungarian Cup were found, Budapest Honvéd taking Cup glory and Ferencváros retaining their OTP Bank Liga title.

It wasn't long before the 2020/21 seson would be underway and already Hungary knew that a big game was coming their way in the form of the UEFA Super Cup final, the hosting rights of which were awarded to the Puskás Aréna in Budapest.

Hungarian champions Ferencváros followed up this international recognition with an achievement of its own beyond national borders, defeating the likes of Djurgarden, Glasgow Celtic, Dinamo Zagreb and Molde on the way to qualifying for the group stages of the UEFA Champions League where they finished fourth in a group containing Barcelona, Juventus and Dynamo Kiev.

On the international scene, Marco Rossi's Hungary Men's team thrillingly secured their place at next summer's UEFA Euro 2020 with a last-gasp victory over Iceland.

And then used that momentum to seal top spot in their Nations League group and with it, promotion to Division 1 in the tournament's next edition.

The qualifying groups for the 2022 FIFA World Cup were decided shortly afterwards in early December and gave Hungary a plumb draw against England and Poland.

Before the final piece of good news was forthcoming, Hungary status as FIFA's most-improved team in their 2020 rankings confirmed when their year-ending ranking of 40th was announced.

In the women's game, the 2019/20 league championship wasn't completed due to the coronavirus pandemic, but Ferencváros Women beat MTK to take the country's Women's Champions League berth, while the national team concluded their unsuccessful Euro 2021 campaign.

The end of the year marked an end of an era for Hungary Women as head coach Edina Markó decided to end her long tenure and Zsanett Jakabfi, the only Hungarian player ever to win the Women's Champions League, retired from international duty.