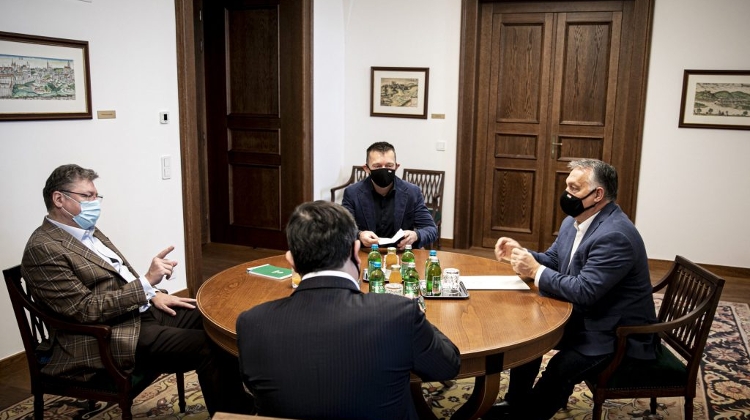 Prime Minister Viktor Orbán said that the relaunch of the economy cannot begin until all people above the age of 65 who have registered for a vaccine have received their jab.

At the same time, the cabinet will discuss proposals by the Chamber of Commerce and Industry on rationalisation and more nuanced regulations, Orbán said.

He said the chamber’s representatives were “in fighting spirit” and wanted the get the economy going again.

“They’re right about wanting shops, services and the natural framework of life to resume,” he said. “But they must understand that the protection of life must be given priority.”

Several of the chamber’s proposals regarding “rationalisation and more nuanced restrictions”, he said, were “acceptable”.

The chamber’s representatives have asked for restrictions to be differentiated based on shop size, and for separate rules to apply to shopping malls.

Further, they want the easement of restrictions on services to be tailored, the prime minister said.

The cabinet will discuss these on Wednesday, Orbán added.