Vaccinations Accelerate In Hungary: Details Revealed About 529,000 Doses Planned For This “Inoculation Week” 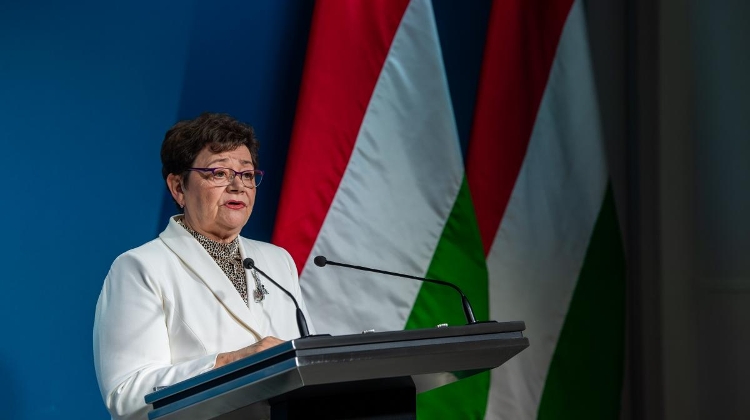 Amid the current upsurge of the coronavirus epidemic, the chief aim is to prevent serious cases and hospitalisations, and all vaccines are appropriate to this end, the chief medical officer said.

Cecília Müller told a briefing of the operational body responsible for controlling the epidemic that transmissions were surging in Hungary as well as in the rest of Europe, and within a few hours of the onset of symptoms, the course of the disease could be severe.

“Don’t resign yourself to that,” she said, adding that all the vaccines available in Hungary prevented serious and fatal cases.

Müller said it was vitally important for as many vaccinations to be administered as possible in the shortest possible time, and the pace would accelerate in Hungary over the next few days.

She said the upsurge during the third wave was most likely caused by the British and South African variants, five cases the latter of which have been detected in Hungary.

The chief medical officer said that in the UAE, where six million people have already received the first dose of the Sinopharm vaccine, no one had ended up in intensive care with the virus.

Müller also noted that the vaccination plan has been modified in terms of how many vaccines are delivered to GPs, taking into account the number of patients assigned to a given practice and the proportion of chronic patients there.

State Secretary István György, the head of the government’s inoculation team, said more than 721,000 people had received the first shot of one of the vaccines, while 252,847 people were fully inoculated, putting the country “in third place on the European Union’s vaccination list”.

He said that fully 529,000 doses of the vaccine would be dispensed during the next “inoculation week” from Wednesday next week.

György said that the full shipment of the 114,600 doses of Pfizer would be sent to vaccination points at hospitals, to inoculate the elderly referred to those facilities by their GPs.

Doctors at vaccination points will inoculate patients under the age of 60 with chronic illnesses using the 74,000 doses of AstraZeneca received last week, he added.