Amazing Hungarian Pictures Among 'Bird Photographer Of The Year' Finalists 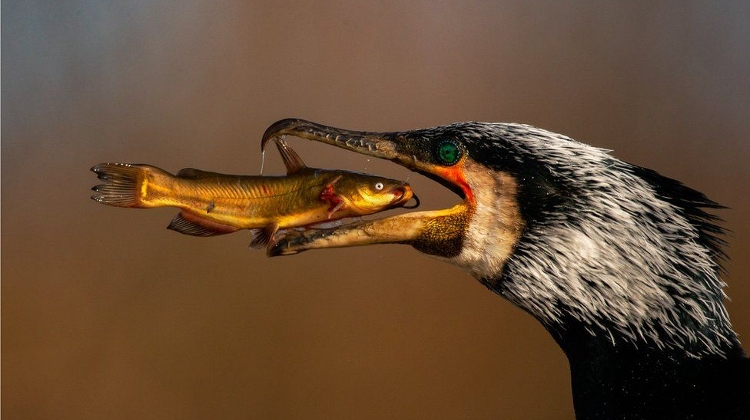 Chosen from some 22,000 entries from 73 countries, the 2021 finalists of the Bird Photographer of the Year (BPOTY) competition have been unveiled. Two Hungarians and one Czech are among those competing for the £5,000 cash prize.

“The standard of photography was incredibly high, and the diversity in different species was great to see,” said Will Nicholls, wildlife cameraman and director at BPOTY. “Now the judges are going to have a tough time deciding the winner.”

Winners will be announced on September 1. In addition to the £5,000 cash prize, other prizes include camera equipment from Olympus, binoculars from Swarovski Optik and much more.

“A celebration of avian beauty and diversity, and a tribute to the flexibility and quality of today’s modern digital imaging systems,” the competition, now in its sixth year, provides financial help to grassroots conservation projects through its charity partner Birds on the Brink.

“Whether you are a hardened pro, a keen amateur with the latest kit, or simply a hobbyist with a cameraphone or small compact camera”, you too can enter the annual Bird Photographer of the Year competition for a chance to win the highly sought-after title and a £5,000 grand prize!

Registration for the 2022 competition will open towards the end of the year. Find out more here.

Here are the three finalists from photographers in Hungary and the Czech Republic, with descriptions by the photographers.

All finalist images can be viewed on the BPOTY website.

“Until I took this photo I must admit that cormorants weren’t my favourite birds. I gradually came to realise they are actually rather pretty birds, especially in breeding plumage with beautiful green eyes and shiny, dark green feathers.”

“I managed to capture this special moment when a cormorant was just about to swallow its prey and the fish seemed to be flying into its beak.” 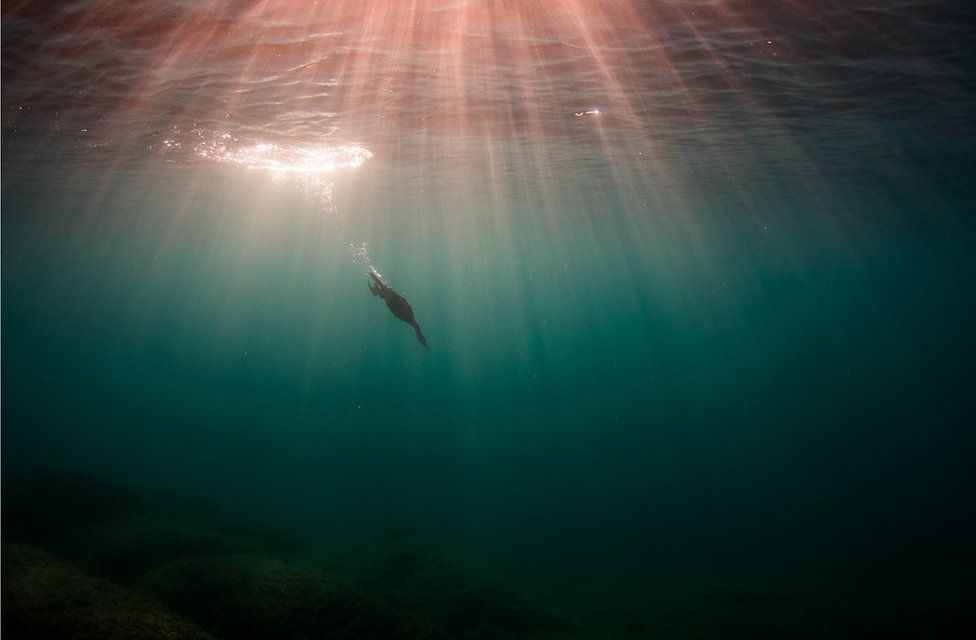 “Last summer, while on a family holiday in Croatia, I spent time photographing shags. One of my goals was to take a photo of them underwater, but it was a lot harder than I first thought.”

“I waited in the water for hours, next to the rock where they were roosting and from which I assumed they would jump and submerge. My favourite thing about this image is that you can see the sparkly spot lit by the setting sun where the bird submerged.” 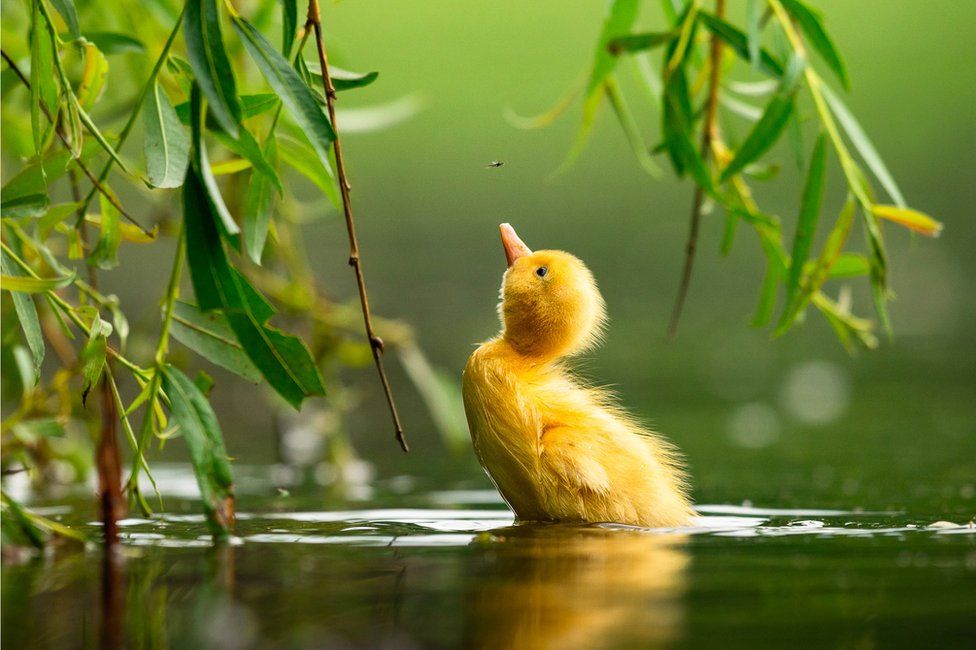 “I took this photograph on a pond in a beautiful park in a quiet part of the city of Prague. As a family of mallard ducklings swam past me, one of them began to chase a fly.”

“It highlighted the fact that the instinct to feed is a powerful force even in the young, but of course the behaviour itself was comical from a human perspective.”