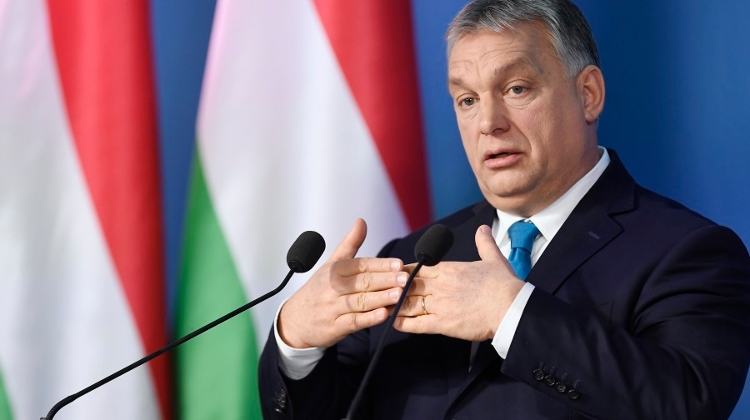 Prime Minister Viktor Orbán said in his regular interview on public radio that the next six weeks would be decisive in the epidemic, adding that Hungary could double the number of people inoculated and will be therefore “out of the water” by the end of May or early June.

He said some 500,000 vaccines manufactured by Johnson and Johnson would have to be replaced, mainly with the Chinese Sinopharm.

The Janssen vaccine will be examined in Hungary separately, “an unusual step as we so far accepted Western certificates and only examined Eastern vaccines”, he added.

Orbán slammed the opposition as the “only left wing I have seen that pursues politics … directly leading to crisis and aims to draw out the pandemic and prolong the recovery process, and shake people’s belief in the government.”

He called it “devastating” that left-wing parties still have a proposal in parliament on scrapping the use of the Sinopharm vaccine.

Had Hungary not used the Chinese vaccine, it would have inoculated about half as many as it has so far, he said.

Orbán said anti-vaccination voices had become louder in the leftist parties because if the government’s inoculation plan was successfully completed in six weeks, Hungary would be among the first three countries in the world to have vanquished the pandemic.

Currently, however, Hungary has to fight simultaneously against the “power-hungry Left” and the “multinational companies’ hunger for profit which shakes trust in the vaccines”, he said.

Concerning education, Orbán said that the decision to reopen kindergartens and grades 1-4 of elementary schools from April 19 was informed by the fact that the number of children in crèches jumped in the past ten days, and the fact that the armed forces concluded disinfecting schools.

Also, parents who want to continue to homeschool their children can turn to the school principals, he said.

The decision whether they accept that as justified absence is in the principals’ hands, he added.

Orbán called on teachers to “help restart the country” while recognising that restarting in-person education will not be easy.

On reopening restaurant terraces, slated for when Hungary passes the mark of 3.5 million inoculations, Orbán said “we will be getting back a very spectacular part of our former lives.”

Fees for use of public places will be scrapped, along with red tape surrounding the permits for terraces, to encourage the hospitality industry to reopen, he said.

Prime Minister Viktor Orbán called on Hungarians to get vaccinated against the coronavirus, saying vaccination was a matter of individual responsibility and protection, as it saved lives.

Orbán told public broadcaster Kossuth Rádió that more than 3.145 million Hungarians had already received their first jab and over 1.3 million received both.

The prime minister thanked doctors, nurses and operational staff for their work, saying the “situation is still very difficult in hospitals”. Orbán noted a “misleading notion” spreading among the public that once 60-70% of Hungarians get vaccinated, the rest will not need the vaccine.

“Nobody can get away” from the virus, he said, adding that only vaccination could give individuals protection.

He pledged that “we will have more jobs after the pandemic than we had before”.