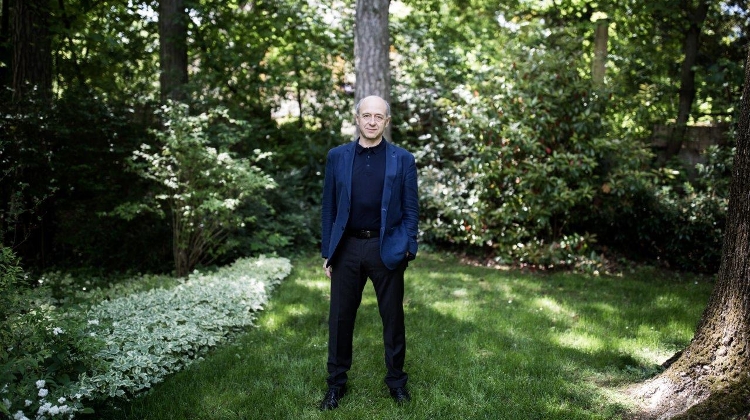 “We are very much looking forward to being able to play in front of a live audience again,” says BFO music director Iván Fischer, who has once again compiled a diverse program for the upcoming 2021-2022 season, featuring familiar works as well as exciting new pieces.

A brand-new opera performance; a Richard Strauss Marathon; and international stars, including Danyiil Trifonov and Jordi Savall will all take the stage.

Season passes go on sale for the general public on May 16, both online and in person: our rehearsal hall will be open, with BFO musicians and even Iván Fischer selling passes personally.

We will also celebrate the reopening after the quarantine with street music and a surprise concert.

In the first half of May, despite the easing of restrictions, the BFO will remain cautious, continuing to stream concerts online.

On May 16, however, the Festival Orchestra will be one of the first in the cultural scene to begin season pass sales, at the same time celebrating the opportunity to meet again.

The orchestra’s rehearsal hall in Óbuda will be home to a special fair. Strictly observing epidemiological guidelines, Iván Fischer and BFO musicians will be on hand to sell season passes personally; there will be musical surprises and visitors will have a chance to learn about the secrets of the building.

“We will round out the day with a free Surprise Concert, held online. The celebration will offer a glimpse into our new concert format entitled Iván’s Stories, with our music director discussing the pieces,” says Orsolya Erdődy, Managing Director of the BFO.

And as you make your way around the city in mid-May, keep an eye out in the afternoons for the musicians of the Festival Orchestra, who will perform for motorists and pedestrians from the backs of trucks.

“Our goal with the musical parade is to highlight the fact that with the number of people being vaccinated increasing, culture - which had also been put in quarantine - will soon resume, and audiences can return to live concerts and performances,” the Managing Director added.

In front of an audience again, a new opera, a new concert format

The Budapest Festival Orchestra will kick off the 2021-2022 season on September 9; by all expectations, the first event, a joint production with Müpa Budapest, will be held in front of a live audience.

On stage will be a new opera direction by Iván Fischer. Following the great success of Orfeo in 2019, the conductor now returns to Monteverdi. This time, he brings to the stage the composer’s last musical drama, the story of Nero, the bloody tyrant (The Coronation of Poppea). In addition to the orchestra, the company consists of the most sought-after soloists of early music, coming from all corners of the world.

This time, the joint marathon of Müpa Budapest and the BFO will spotlight Richard Strauss. His style changed several times during his eighty-five years, which renders his oeuvre extremely diverse, making the composer an ideal “marathonist.”

Another joint event we have organized together with Müpa Budapest for many years is the Bridging Europe festival, which this time will feature not a country, but a city: Berlin. The event series will focus on Franz Liszt’s works, with the quintessential European Dejan Lazić on the piano.

The orchestra is also introducing a new season pass type: in the afternoon concert series entitled “Iván’s Stories,” Iván Fischer will take the podium five times during the season to talk about the composers and the backgrounds of the pieces, and will answer questions. The BFO will continue to offer six traditional concert season passes and two Cocoa Concert season passes.

A barefoot sensation, and a cello concerto on the viola

Once again this season, the Festival Orchestra will bring the most exciting soloists from the international world of music to Budapest. Yeol Eum Son, the young South Korean pianist, will be here to perform Rachmaninoff’s piano concerto no. 2, making up for a concert postponed last year.

The orchestra will perform with Patricia Kopatchinskaja, at times provocatively original, for the first time since the postponement of a planned guest performance last year. Iván Fischer calls her an incredibly creative personality: “she is an individualist artist, and not only because she is always barefoot when performing,” the BFO musical director says of her.

Tabea Zimmermann, one of the best violists in the world, will join us for an exciting program in November, performing a Schumann cello concerto on the viola, as well a movement of a viola concerto composed in the fifties by György Kurtág (authorized by the composer himself).

Sharing magic from all over the world

Fischer will continue to conduct the orchestra’s performances of Liszt, Schumann and Stravinsky, among many others, but the orchestra will also be joined by a number of guest conductors in the upcoming season.

After concert postponements in 2016 and last year, Dmitri Kitayenko will join us in October for performances of pieces by Rachmaninoff and Sibelius, while next March, Jordi Savall, the legendary figure of early music, will share a line-up spanning a century and a half, conducting the BFO’s Baroque ensemble, performing on period instruments for ten years.

Marek Janowski, one of the most renowned experts of German music, will be back in Budapest in 2022, this time to conduct Schumann’s pieces. The multifaceted Franck Ollu, a true expert of modern music, will join us as well, as will - of course - the BFO’s first guest conductor, Gábor Takács-Nagy, continuing his Haydn-Mozart series.

While the Festival Orchestra may have had to switch to online performances without a live audience, that will not stop us from continuing our traditional series: the free, nationwide Community Week performances will continue with church and synagogue concerts, as well as chamber music performances for young and old.

Our Concertino series will continue as well, showcasing the BFO’s musicians as soloists. Following the pandemic, our Midnight Music series is set to resume primarily for young audiences: as before, the midnight performances will feature Iván Fischer’s explanations of the music, with the audience seated on bean bags among the musicians.

Although the pandemic forced us to skip a year, the Festival Orchestra’s Christmas Surprise Concert will be back again this year.

“The question of the environment and the drawn-out pandemic will result in major changes in the way we go on tour. We will not be traveling from one place to the next in a hurry, but will spend more time in each location and will give more concerts there.

Spoleto will be our first stop, where we will spread music all around the city,” says Iván Fischer. In addition to the small town in Italy, the BFO will head to London, where their Stravinsky concert will include a dance composition for The Rite of Spring.

The choreography will be improvised on the spot, together with the audience, the bravest members of which will be the ones performing it. “Some may be terrified, but others can hardly wait for the chance,” says the music director of the evening, guaranteed to be unique.

The orchestra will also travel to Germany, as the Bridging Europe festival will become an exchange program: while the BFO is performing in Berlin, the Konzerthausorchester Berlin will debut in Budapest. Beyond the German capital, they will perform in Neumarkt with András Schiff, and the Vicenza Opera Festival is also set to continue.

A campaign to test the boundaries

Our advertisements, displayed in public spaces, featured online and appearing in print publications, star participants of the BFO’s memorable New Year’s Eve choral performance of the anthem and our musicians; each image advertises the orchestra’s key values and our new season.

The creative materials, produced in three versions, juxtapose a generalization about classical music with our creed: “we believe boundaries must be tested, to make room for everyone inside.” T

he photos, also seen in the Festival Orchestra’s season booklet, are the work of Ákos Stiller; the creative concept is the work of advertising agency McCann Budapest.