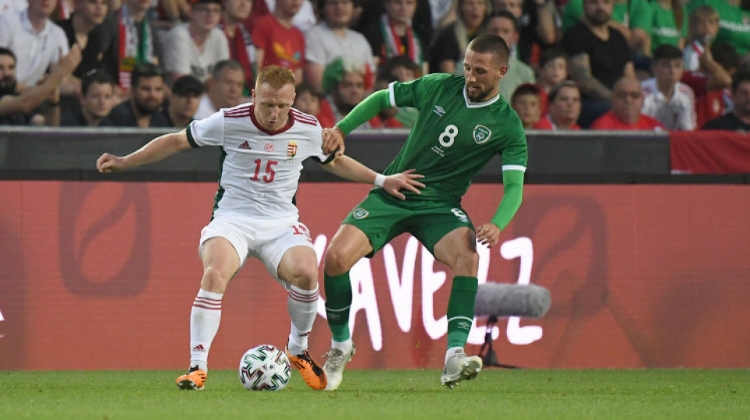 Marco Rossi's Hungary produced a better performance than they did in last Friday's 1-0 victory against Cyprus, but had to settle for a goalless draw against Republic of Ireland on Tuesday night after both visiting goalkeepers made memorable saves.

There was an early scare for the hosts when John Egan's header struck Péter Gulácsi's crossbar in the sixth minute but from then Rossi's team dominated most of the play.

Ádám Szalai came closest to opening the scoring in the first half, his header from Attila Szalai's left-wing cross palmed away well by Ireland goalkeeper Gavin Bazunu in the 36th minute.

The Mainz striker went close with another excellent header in the second period, this time from an Ákos Kecskés cross from the right, but Ireland's substitute goalkeeper Caoimhín Kelleher tipped the ball over the crossbar, then made another similar save from the resulting corner when Ádám's partial namesake, defender Attila Szalai, half-volleyed the ball towards goal from 12 metres.

There would be no winning goal for Hungary, but at least they posted another clean sheet and extend their unbeaten run to eleven matches stretching back to last autumn's home loss against Russia.

Marco Rossi's team open their European Championship campaign against Portugal in the Puskás Aréna at 18:00 next Tuesday, 15 June.