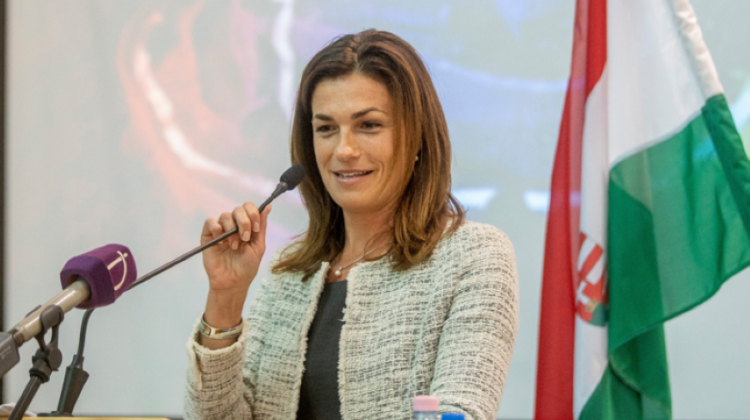 Instead of “more Europe, we want a wiser Europe”, Justice Minister Judit Varga has said. “To us, unity in diversity means the harmony of sovereign states.”

Addressing a conference marking Hungarian Independence Day, Varga said “we want a Europe where EU law is not used as an ideological weapon and where political frustration does not overpower the principles of the treaties.”

“A series of belated and ill-fated European responses to the challenges of the 21st century have made it clear that integration has lost its response capability, and pragmatic cooperation has turned into a platform for ideological disputes,” she said.

Varga said Europe was ruled by mainstream calling itself “progressive and liberal” which strove for a united states of Europe, “a Europe supporting multiculturalism, welcoming migration and rejecting the traditional family model as well as the continent’s cultural religious heritage.”

Mária Schmidt, government commissioner of the “Free for 30 years” memorial year said at the event that neither the West, nor the European Union had fulfilled the hopes of Hungarians, adding that “we idealised them and set unrealistic expectations of them”.

“By now, we’ve learnt to see them for what they are. We have removed our rose-tinted glasses and now we negotiate with them by representing Hungarian interests,” Schmidt, who is also the director of the House of Terror Museum, said.

“It is a promising development that Hungarian interests increasingly coincide with the interests of our region,” she added.