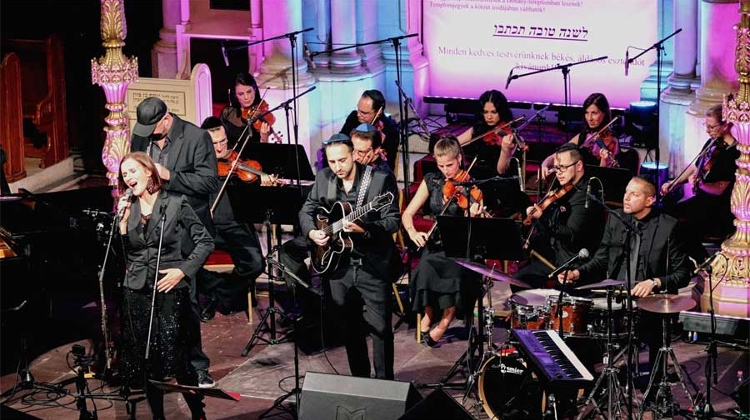 Budapest’s Jewish Cultural Festival will be held at five venues between August 22 and 25, and will feature concerts, thematic walks, book readings and discussions, organisers told MTI on Wednesday.

Events will also be held at the Dohány Street and Hegedűs Street synagogues, the Bálint Cultural Centre and Róth Miksa Memorial House, he said.

The opening concert at the Dohány Street synagogue will feature Ukrainian klezmer band Kommuna Lux and the Budapest Klezmer Band.

Other events will feature performers such as the Boban Marković Orkestar and Hungarian singer Bea Palya.

Tamás Berki, Mariann Falusi, Katica Illényi and others will perform at the concert Somewhere over the Rainbow. Soprano Erika Miklósa will perform on August 25.

The Rumbach Street synagogue will be home to Hungarian singers and actors Andi Malek and Bandi Jáger performing highlights of the musical Yentl, and a concert of Yiddish folk songs, performed by Dániel Gryllus, Vilmos Gryllus and Ágnes Szalóki.