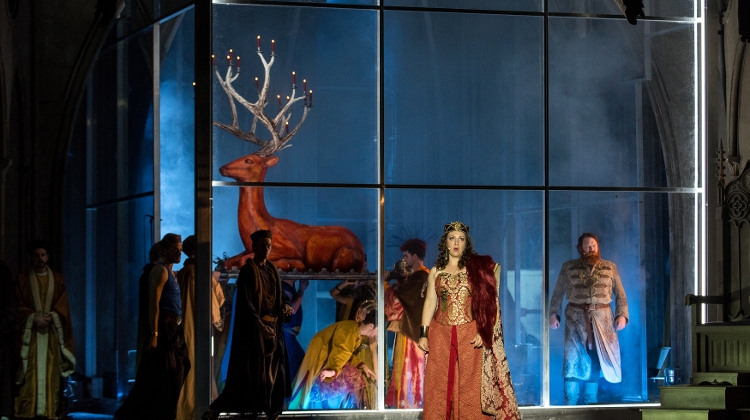 Bánk Bán, the opera of Ferenc Erkel will be presented on 20 August (Friday) at 20.00 on the open-air stage on Margaret Island.

The Margaret Island Open-Air Theatre celebrates the Hungarian National Holiday with a national opera based on the drama of József Katona presenting an important historical era.

In the focus of the story line there are eternal and universal human emotions, like envy, hate and jealousy.

These emotions will be equally understandable in 100 years not only for those who know and understand the Hungarian history.

The opera which is directed by Attila Vidnyánszky will be showcased in a representative environment on the open-air stage of Margaret Island, with internationally recognised artists: Levente Molnár, Viktória Mester, Mónika Fischl, Mihály Kálmándy, Kolos Kováts. Conductor: Gergely Keselyák.