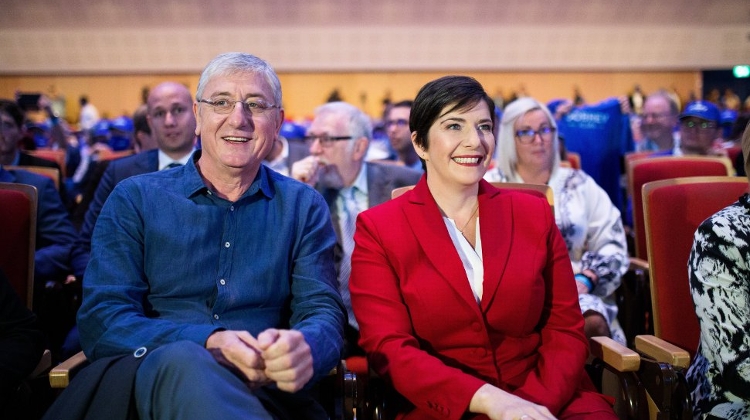 Ferenc Gyurcsány, the leader of the opposition Democratic Coalition (DK), vowed on behalf of the allied opposition “to sweep from power” the currently ruling “robbers and traitors of the nation” at next spring’s general election and to fight “the current regime’s ambition to drive Hungary out of the EU”, at the party’s 11th congress in Budapest.

The event also opened the allied opposition parties’ pre-election campaign for a joint prime ministerial candidate for the 2022 parliamentary election and was attended by DK’s 60 candidates for next year’s ballot.

Gyurcsány, Socialist prime minister before 2010, said that over the past ten years, the opposition “has become the hope of the homeland”.

“The opposition parties have understood that they must work together”, he said, adding that “from next spring on the country’s future will be in good hands”.

The change of government at the elections will have to be followed by a change of regime, which will be spearheaded by Klára Dobrev, DK’s candidate for prime minister, Gyurcsány said.

Addressing the congress, Dobrev said that besides government change, Hungary’s future in the EU will also be at stake, with “a Huxit looming on the horizon”.

The aim was to defeat Orbán and to govern afterwards so a similar system cannot be rebuilt again, she said.

She said the main tasks over the next eight months included concluding the opposition’s prime ministerial pre-election process, to be followed by building a strong, solidarity-based alliance among the opposition parties during the election campaign for next spring’s ballot.

Dobrev called it a further task to form a new “government of the republic” by the end of this year and to work out a government programme.

She said the fourth task was to start talks without delay with Hungary’s European and American partners in an effort to take Hungary back to western Europe.