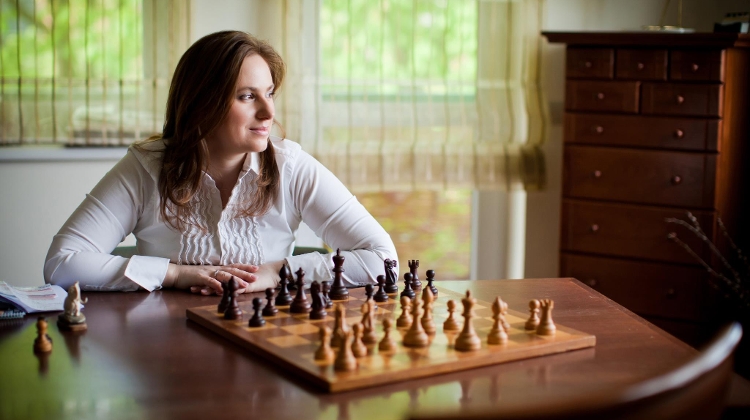 This Year’s Global Chess Festival Brings the Innovators of the Future to Budapest.

A musician paying tribute to female chess players. An engineer, who researches the “emotional” side of chess. A grandmaster of creativity, who wrote a book about the advantages of thinking like machines.

What do they have in common? They will all be there at Global Chess Festival 2021, which will be brought to life in a hybrid, on- and offline form by Judit Polgar, the best female chess player of all time.

The Judit Polgar’s Global Chess Festival returns on the 9th of October with a brand new approach, showcasing the multidisciplinary nature of chess through interactive exhibitions, speeches and an all- inclusive educational chess summit.

For the first time, visitors can actively participate in the Global Chess Festival both on- and offline: while the Hungarian National Gallery gives home to the local events, those interested can take part in the festival from the comfort of their homes, through Youtube Live. Furthermore, online chess enthusiasts can log in to a plethora of interactive digital activities.

For the third year, the main sponsor of the event is Morgan Stanley, bringing coding classes for children, chess challenges against the players working at the company and the Morgan Stanley Chess Café to the festival.

The main focuses of this year’s festival are creativity and innovation, promoted by revolutionary minds who dare to break conventions and give novel answers to challenges of their fields.

Noam Manella - author of the book “Think Like a Machine”, will discuss how we can invoke the creativity within ourselves; Indian engineer Ashwin Subramanian will give us an sneak peek into a brand new experiment he’s been conducting: using biofeedback data, he is trying to determine how and what the chess player’s body responds to during the game, and how it can be utilized during preparation.

Where the festival inspires the mind, soothes the spirit, through the unparalleled musical performance of Juga Di Prima, presenting piano performances paying homage to gender equality in chess.

According to Judit Polgar, founder of the Global Chess Festival, “Chess is a language that knows no borders, no age, no nationality - a common language that we all speak, a language that everyone can make his own at the Global Chess Festival. Nothing proves that better than the movement it invoked: chess enthusiasts, speakers, artists, scieists joined from all over the globe. Hence our timeless motto: chess connects us! The focus of 2021’s Global Chess Festival couldn’t be more pressing, as the last year all of our lives have been about pathfinding, innovation and introspection. This year we decided to expand the festival to the digital world, so more of us can be together than ever before.”

“Mastering digital competences and the capability to innovate are requirements that profoundly determine the success of corporations and experts. This also applies to schoolchildren: learning basic informatics, programming languages - the foundations of today’s digital solutions - can be supported with the logics of chess. Morgan Stanley is determined to support students in their endeavours to  learn science, technology, engineering and mathematics - better known as STEM - as early as possible; enabling them to flexibly respond to the changes of the workforce market, and to become innovators of the future.” - said Norbert Fogarasi, Managing Director of Morgan Stanley Budapest, active chess player and member of the Hungarian Chess Federation.

Education is an inherent part of the DNA of the Global Chess Festival, climaxing in the Educational Chess Summit conference, where contemporary thinkers share their take on the connection between chess and education.

The Festival is also home to the Judit Polgar Method which is a practical approach to the application of chess in education; it’s newest element - Chess PE - will make its debut at the Global Chess Festival.

Children and parents visiting the Hungarian National Gallery will witness how a chessboard can enhance the kids’ orientational abilities, and try it out in practice. This year's Global Chess Festival will be more interactive than ever: the usual simultaneous chessexhibitons will be complemented by exciting online games, first of which is the ChessConnectsUs challenge: every single day two new players join the online game, make their moves and then pass on the helm to two newcomers.

Those interested should visit Chess24.com, where contemporary scientists, artists, athletes and politicians can be caught playing chess, and can try to predict what their next move will be, in exchange for exciting prizes.