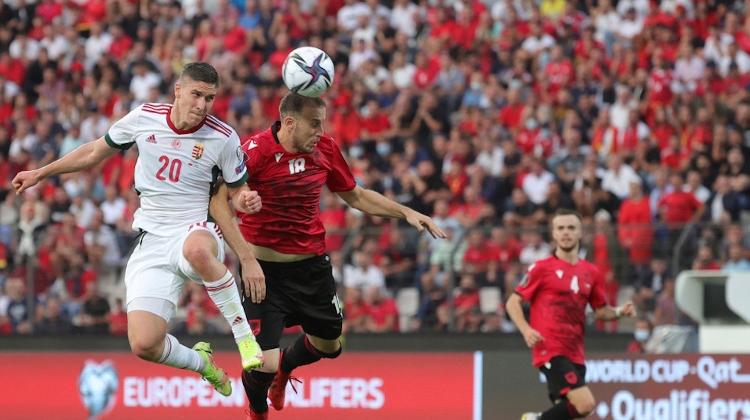 Both sides had chances to score in both halves, but a late strike from Armando Broja won all three points for Albania, a loss for Hungary which means Marco Rossi's side slip back to fourth in their World Cup qualifying group.

Hosts Albania settled quickest but Hungary created their first chance in the 19th minute, László Kleinheisler striking Attila Szalai's cross wide of the goal from just inside the penalty area.

Albania's Kumbulla then missed an open goal from two metres in the 34th minute as the first half stayed goalless and when Hungary re-emerged for the 2nd half, they had a new goalkeeper entrusted with maintaining their cleansheet, Dénes Dibusz replacing the injured Péter Gulácsi.

Dibusz was called into action to make an excellent save in the 74th minute, while at the other end, Dominik Szoboszlai could only shoot wide when presented with a sight of goal.

Just as the game looked to be heading towards a goalless draw, the hosts struck, Armando Broja shooting low into the bottom-left corner of the Hungary net from just inside the penalty area to hand Albania their first ever goal and victory over the Hungarian national team.

Rossi's side will look to get back to winning ways when they face Andorra at home in the Puskás Aréna at 20:45 on Wednesday 8th September.