'The Past & Present of Facility Management' by B+N 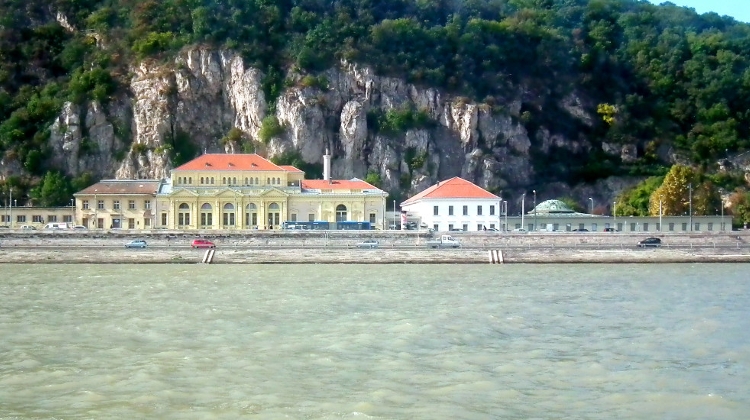 Building management is an older profession than many of us would think, and in various forms FM professionals have been in business for a long time. The significance of their work is best confirmed by old buildings themselves, some hundreds of years old, which have survived in all their splendour and are still in operation today.

Centuries and decades ago, they were not yet called facility managers, but almost every historical era had its own facility management professionals. Think of waiters, estate managers, or caretakers.

At every age, they were expected to have the necessary professionalism, technical and practical aptitude just like strategic thinking, long-term planning and, of course, regular reports. Thanks to all this, they have always enjoyed a special trust status on the part of their client.

What has changed and what has remained constant over time?

Over time, professionals began to look at different areas of facility operation together and recognized their interactions, which was key to increasing efficiency. The increasingly optimal operation was also supported by the constantly evolving technology.

However, it has been a constant need from the very beginning to have the task of maintaining the facilities in competent hands! Thanks to this, many impressive buildings have survived in Budapest, which point to the importance of the FM profession!

In order to preserve the condition of centuries-old facilities, modernization and renovation are essential at certain intervals. However, this can often pose a serious challenge to professionals. The design documentation of old buildings may have changed frequently and all the necessary information is rarely available.

Complicating matters further is the fact that, in many cases, the surviving records can only be partially used in the diverse restoration work. In the case of listed or listed buildings, both possible conversion and operation can be even more difficult. It is precisely because of these that it is essential to always have a competent professional present in the life and everyday life of buildings. Live with it, throb.

The eclectic palace named after Alajos Hauszmann was built in 1894. For a long time it served as the headquarters of Pallas Newspaper and Book Publishing, but for a decade after the change of regime, the state could not sell it. Homelessness has also left a mark on the facility, making it visible how important proper care is.

The Italian Boscolo Group bought it in 2001 and reopened the Palace as a luxury hotel in 2006, building a New York café on the ground floor that evokes the building’s heyday.

The re-flowering of the facility in 2007 was also awarded the Europa Nostra Medal.

Continuing on Erzsébet Boulevard in Budapest, we stumble upon another noteworthy building, the Madách Theater. At number 31, based on the plans of architect Bertalan Gaál, the theater was built in the autumn of 1908, which was initially called the Royal Orpheum and boasted the most modern theater equipment at the time.

Over the following decades, a number of redevelopment works took place here, partly because of the changing design needs and partly because the facility was no longer able to meet the rapidly evolving stage, technical and artistic requirements.

It has always been a nice professional challenge for operators to coordinate general maintenance tasks with the special, theatrical functions of the building.

There are a number of unique devices here, such as mobile lifts, machine set pullers or an LED sign wall.

The recently reopened (excluding the pandemic period) Museum of Fine Arts is also an interesting example from a facility management perspective (as well), as the preservation and storage of works of art imposes a number of special requirements on operators.

The building was designed in the eclectic, historicizing style of the second half of the 19th century by Albert Schickedanz and Ferenc Herzog Fülöp. The decision was made as early as 1896, but the building complex could only be realized between 1900 and 1906.

During World War II, the Museum suffered severe damage, the upstairs stairwell was hit by a bomb, and the glass roof was completely destroyed. From here, a number of restorations were needed, and from 2015, the institution closed its doors for 3 and a half years for a larger volume of renovation. In the course of this, new exhibition spaces and restaurants were created, the roof structure was renovated, the heating system was modernized, some of the halls were air-conditioned and more modern storage rooms were created.

The renovation has also been recognized with the Europa Nostra Award.

The palace, erected between 1886 and 1889, was built by Count Frigyes Wenckheim for his family during his stay in Pest. After his death, it was purchased by the capital in 1927, and after a major transformation, it was opened to the public in 1931 as the Metropolitan Library.

In 1998, a further extension and reconstruction of the building was voted on, which was completed in 2001 according to the plans of architect Péter Hegedűs. The Fővárosi Szabó Ervin Library also has a number of special needs in terms of facility operation, as the storage, rapid movement of books, and the preservation and preservation of special pieces require attention.

To this day, a properly trained security service is needed to protect the listed palace and the entire library.

The buildings of the Budapest Zoo also tell us about the importance of proper operation or the lack of it.

Most of the current buildings of the Budapest Zoo and Botanical Garden were built between 1909 and 1912 and can be attributed to Károly Kós and Dezső Zrumeczky. Although the facility survived World War II luckily, without any particular damage, by the end of the century it was still in a state as if it had survived a third. His condition deteriorated so much that he became almost life-threatening. The missing plaster, the plastered murals and the damaged decorative ceramics all justified the need for a complete renovation.

Work began in 1997 on the plans of Katalin Kugler, and the reconstruction of the interiors was carried out according to the ideas of Anthony Gall.

During the renovation, both animal protection and monument protection aspects had to be taken into account, which also became important in connection with the subsequent operation.

In 2000, this project also won the Europa Nostra Award.

The history of Rudas Spa dates back to 1292 , and over the centuries it has undergone numerous renovations. The basis of the current building of the spa is the result of the reconstruction after the Second World War, which has since undergone several alterations. However, it can be said that the facility has been given priority in all ages, so we can still enjoy it in all its glory.

Today, the former building has been supplemented with a wellness area, even more pools and saunas. Operational tasks are multifaceted and require the involvement of a knowledgeable team.

Expertise was therefore a fundamental requirement at all ages for facility operators, who, in addition to performing important tasks on a daily basis, also play a significant role in value preservation.

The buildings of the capital, which have lived for more than 100 years and are also presented in the article, also prove the importance and beautiful profession of building management. Because if we do our job well, everyone will see it, but if we don’t, then – as Mihály Ráday said at the time – our grandchildren will not see it either.