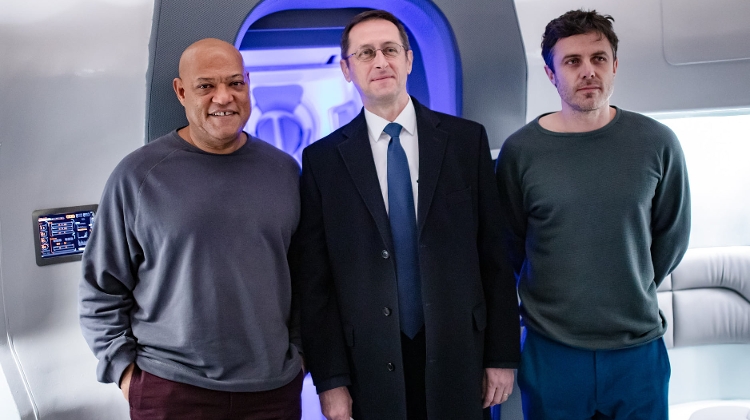 Finance Minister Mihály Varga has visited the set of a “Hollywood superproduction” Slingshot at the Korda Studios on the outskirts of Budapest.

Varga met the crew and lead actors including Oscar-winning actor Casey Affleck and Laurence Fishburn shooting the science fiction thriller in Etyek with director Mikael Hafstrom, the minister said in a video posted on his Facebook page.

Varga said that film productions in Hungary generated revenue of over 200 billion forints (EUR 555m) last year, in spite of the pandemic.

The local film industry employs 20,000 people, he added. “Hungary has become one of the most preferred shooting locations in Europe, thanks in large part to the government’s tax rebate, in addition to our professionals and modern studios,” he said.

Hungary gets a return of “as much as triple” that rebate in the form of higher economic growth, he added.

Slingshot is being entirely filmed in Hungary at locations in and around Budapest.