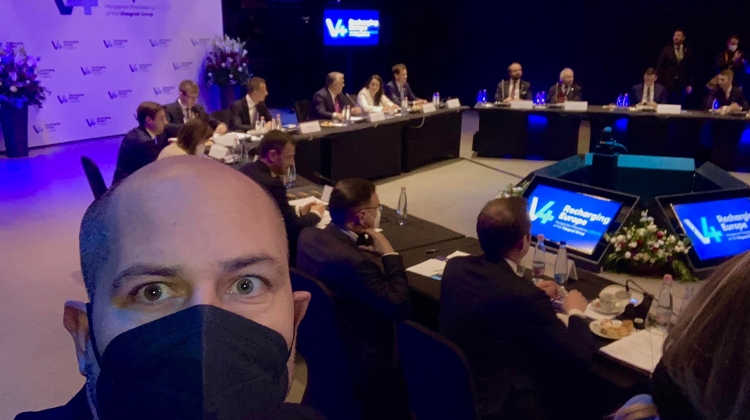 Bálint Szabó, a local municipal representative from Szeged, had no difficulty walking into December’s summit in Budapest between V4 and Emmanuel Macron despite the security around the event, and even managed to take a few pictures near the French President and the V4 leaders.

The representative from the Everyone for Szeged Movement posted several photos on Facebook from the V4 summit back in December, at which Macron was the main guest.

Security was provided by Hungary’s Counter-Terrorism Center (TEK), and following the event the Ministry of the Interior stated that nothing extraordinary had taken place.

Szabó’s photos show that his car was also able to join the convoy of vehicles transporting the leaders and their assistants, apparently without being noticed.

In addition to a selfie, Szabó posted another picture that appears to have been taken just a short distance from Viktor Orbán, Emmanuel Macron, the Polish and Slovak prime ministers, and former Czech Prime Minister Andrej Babiš: 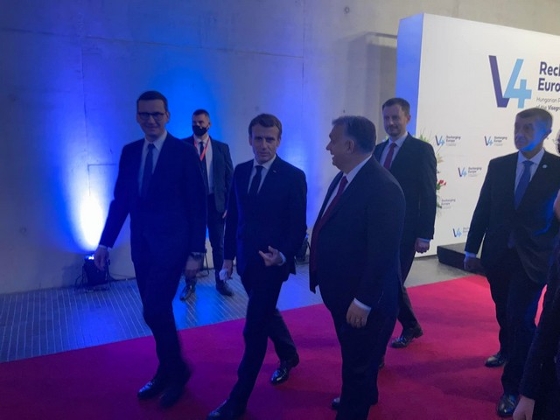 24.hu reports that TEK was aware of the security breach, but did not want to make it public. Within the organization, however, several personnel were reprimanded and even replaced following the incident, according to the news site.

Bálint Szabó subsequently stated that he went in because he wanted to test the security around the event. He claims that he had previously successfully demonstrated the level of security at other guarded events, and thought that he would do the same when one of the world’s most guarded politicians, Emmanuel Macron, visited Hungary.

The Szeged politician claimed it was absurd how easily he was able to get close to the French President despite the protection around him.

The discussions had been going on for twenty minutes when they noticed me. Then they discreetly asked me to leave the room. -wrote Szabó, who stated that after posting the photos, he received several phone calls asking him to remove his post.

Index writes that Bálint Szabó has had an unusual political career. At the beginning of last year, he was in the press when police went looking for him as a missing person after he promised to reveal some major news in Szeged.