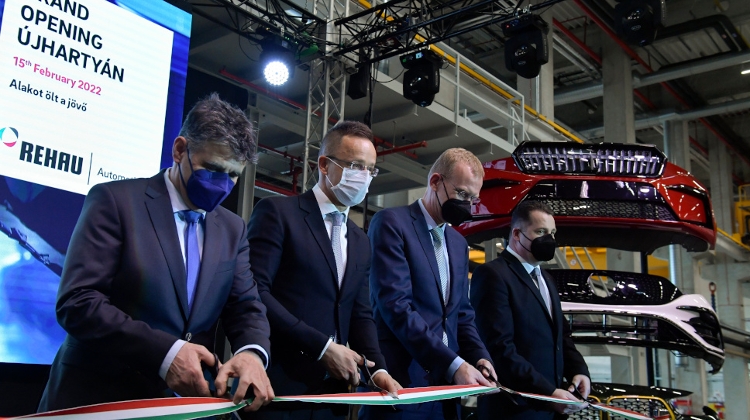 Péter Szijjártó told the opening event that there had been strong international competition for the investment because the Rehau group is present at some 190 locations in more than 60 countries around the world, the ministry said in a statement.

In addition to completing the plant in Újhartyán, the company is building a new manufacturing unit in Győr, in north-western Hungary, as part of the same project, he said. The state has supported the investment with 7 billion forints which resulted in the company’s largest and most modern plant built in Újhartyán, he added.

The coronavirus pandemic resulted in economic and health crises in the past two years around the world but the Hungarian crisis management model has proven a success, he said. Thanks to a fast vaccination campaign, Hungary was able to reopen around two months before the European average, he added.

Economic performance returned to the pre-crisis level by last summer and a “triple record” was set, with record high investment, employment and exports reached in 2021, Szijjártó said. Cooperation between Hungary’s economy and the German car industry has played an important role in this, he added.