Over 200,000 Refugees Arrive From Ukraine to Date, FM Szijjártó Reported 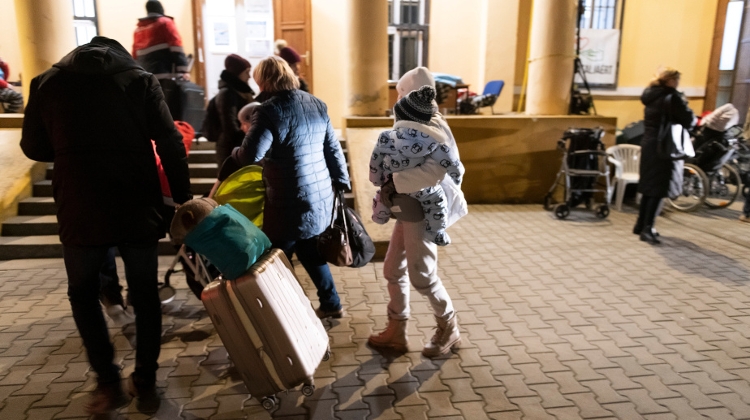 More than 200,000 refugees have arrived in Hungary from Ukraine since the start of the war, Foreign Minister Péter Szijjártó told lawmakers on Thursday.

Hungary is undertaking the largest humanitarian aid operation in its history, as it has taken in 201,706 refugees in the last two weeks, Szijjártó said.

State institutions are prepared to handle all refugees, the minister said, adding that those staying in the country for an extended period will be given work, while children will be offered school, kindergarten or creche placement.

So far some 115,000 people have received help at the aid points set up at the border, while the government’s Bridge for Transcarpathia aid campaign had collected 638 million forints (EUR 1.7m) in donations, he said.

The government has delivered 800 tonnes of food and 200 tonnes of hygiene products worth a total of 583 million forints to western Ukraine’s Transcarpathia region and has offered full medical care to children in need of hospital treatment, Szijjártó said. Hungary is currently in talks to take in 128 sick children, he added.

Szijjártó underlined the importance of communicating clearly and responsibly about the war, stressing that Hungary condemned Russia’s military aggression and supported Ukraine’s territorial integrity and sovereignty and the Ukrainian people.

“It is terrible and shocking that at the end of the first quarter of the 21st century we’re seeing cities under siege and brutal acts of war in Europe,” Szijjártó said. “It’s horrible to see that the lives and achievements of families are being destroyed and they’re forced to stuff all the fruits of their labour into a suitcase or a backpack and depart from an uncertain and life-threatening situation in the hope finding refuge.”

Szijjártó said the government’s top priority was to ensure the security of Hungarians, and this was why the Hungarian military had reinforced its presence near the eastern border. He also emphasised that Hungary must be prevented from getting dragged into the war.

Szijjártó underscored the importance of maintaining European unity, noting that Hungary has taken part in every consultation on the war and was involved in all the decisions on sanctions.

He added, at the same time, that threats to Hungary’s energy security constituted a “red line”, and that the government would not support the introduction of an embargo against Russia.

“Natural gas supply is not an ideological, political or philosophical issue but a physical one,” Szijjártó said.

Hungary Sets Up 24-Hour Hotline for Refugees from Ukraine