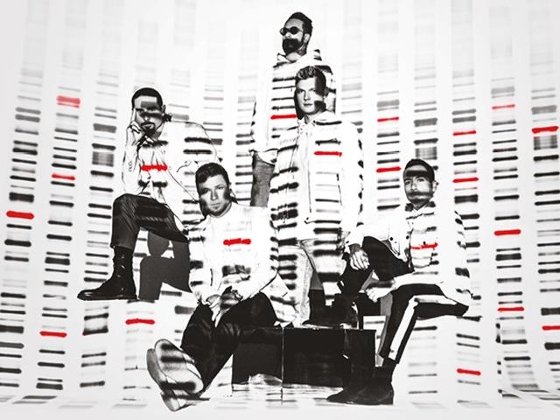 The Backstreet Boys, one of the best-selling bands of all time, have announced UK and European Autumn dates for their DNA World Tour. The group last performed for audiences across Europe in 2019, selling over 350K tickets.

With countless #1s, record-setting tours, numerous awards and worldwide sales in excess of 130 million, BSB has been recognized as the most successful boy band in history.

In early 2019, BSB released their 10th studio album DNA which debuted at #1. The Don’t Go Breaking My Heart chart topping single was nominated for GRAMMY, and was BSB’s first hit on the Billboard Hot 100 in 10 years. Upon its release, the single went straight to #1 on iTunes charts and charted in over 22 countries.

In May 2019 the Backstreet Boys kicked off The DNA World Tour - the group’s biggest tour in 18 years. The tour has seen the group sell out arenas all over North and South America, Europe and Asia. The Budapest show was also sold out in a few days.

Over the years, the Backstreet Boys have continually captivated millions of people with their hit songs and magnificent shows, and this passion remains unchanged after their hugely successful comeback.

“When this group started 26 years ago – and through all the highs and lows of our career – we’ve had to learn it wasn’t about us as individuals but about what’s best for the group,” says Howie D.

“That’s what I love about this album,” adds Kevin Richardson. “We were able to bring all of our influences and styles into one coherent piece of work. These songs are great representation of who we are as individuals and who we are as a group. It's our DNA. We’re really proud of that.”

“The journey is ongoing with us and there is so much left to do,” says Brian Littrell. “We’re living the next chapter that hasn’t been told yet, and that's exciting.”