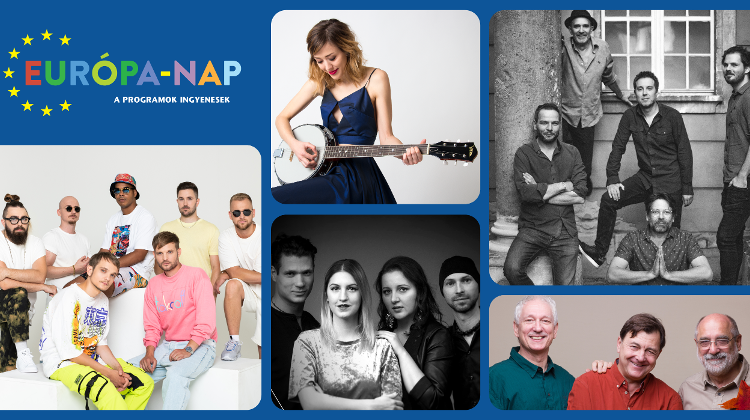 Thousands of people turned out to celebrate Europe Day in Budapest’s Szabadság Square, where free concerts, children’s programmes and a running race were laid on to mark Hungary’s 18th year as an EU member state, the European Commission’s representation in Budapest said in a statement.

“We central Europeans created the preconditions for a united Europe when we gained our freedom more than thirty years ago,” Deutsch said.

“With many problems facing Europe, from Budapest we can convey a message to our European friends that they can count on us to solve the problems.”

Bólya said Hungary had been an active and important member of the bloc across the board over the past 18 years.

“We survived the global economic crisis together and fought together to put a break on the coronavirus, and we stand through our actions for peace,” she added.

Zupkó said: “We belong to a community of values and a community of interests, and these have many positive effects on Hungary.” He noted EU investments throughout the country and the Erasmus programme among other opportunities available to citizens.

One theme emphasised at the event was the European Union’s European Year of Youth this year. Socialist MEP István Ujhelyi was on hand at the Europa Point tent to hand over Interrail passes.