Theatre: 'Pieces of a Woman', Vígszínház Budapest, 4 – 5 May 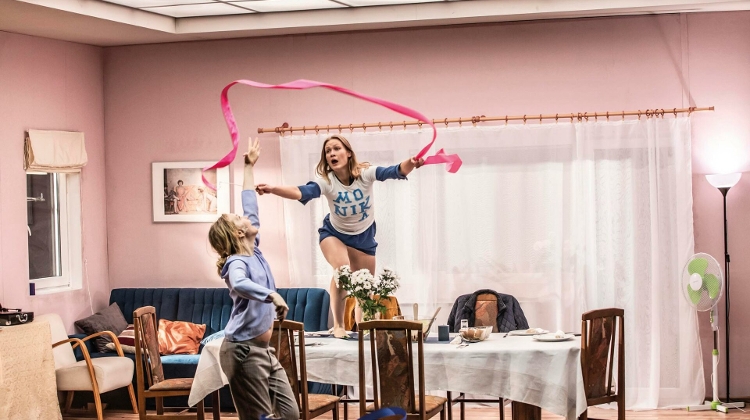 Premiered in 2018, this production is a disturbing vision of modern women who are fighting for their right to make decisions on their own lives. The general relevance of the story of a family, set in Central Europe, is evidenced by the resounding success of the production from Avignon to Athens as well as by the number of views of the film adaptation on Netflix.

Faced with a loss, a young woman’s attitude to her prior life is fundamentally challenged. Thus, in this tragedy, she does not only lose the one she has loved the most, but herself as well. Does she get a chance to redefine her life if she follows her heart instead of her mind for the first time in her life?

In the age of political correctness and #metoo when everything is labelled, we think every sin must entail punishment and where there is no culprit, we cry guilty. Is it not our correctness that makes us narrow-minded?

Kornél Mundruczó was awarded with the Best Director award in the 2018/2019 season in Poland, for a virtuoso realisation of an intimate narrative combined with cinematic elements.

Four out of the seven actors of the production received awards at the Kalisz Theatre Meeting; Justyna Wasilewska, who plays the female protagonist, won the Teatr magazine’s Aleksander Zelwerowicz Award for best actress.

The production gained the Jury’s Main Prize at the International Divine Comedy Theatre Festival in Krakkow.

A performance in Polish, with Hungarian and English subtitles.

Recommended for audiences over the age of 16.