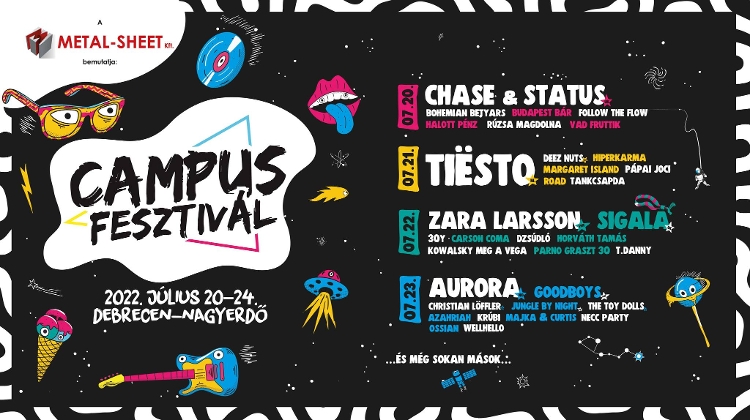 The biggest bash in Eastern Hungary’s pop-music calendar, Campus features over 200 shows at up to 40 venues in the leafy surroundings of Debrecen's 'Big Forest'.

Organized on an area of over twenty hectares in the vicinity of the Nagyerdei (Great Forest) Stadium, it is not by accident that Campus has been called “one of Hungary’s most comfortable festivals”.

The summer heat is quite bearable under the shade of the forest trees, but it is also alleviated by the drinking fountains and “mist gates”. In addition, the 1000-square-metre air-conditioned party arena and the center of cultural events, the newly renovated, 101-year-old Water Tower, are also great places to escape the heat.

In addition to well-known Hungarian and international singers and bands, there are literary and theatrical programmes, meetings and talks with artists, film screenings and stand-up shows by popular Hungarian comedians.