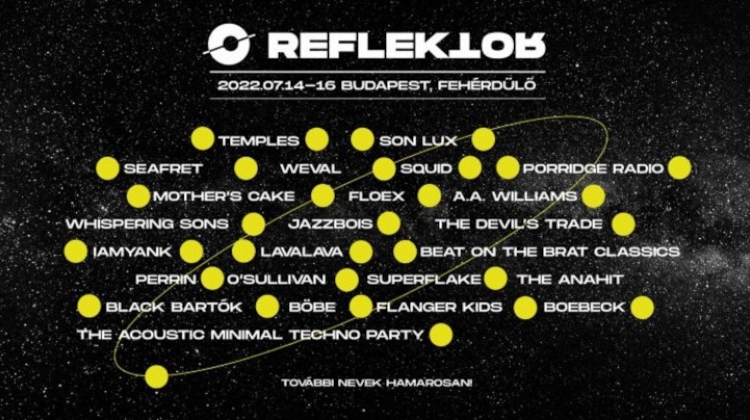 Reflektor is a brand new music festival in Budapest with an exciting international lineup exploring the musical landscape between the mainstream and the underground.

The festival is a must for music enthusiasts who are constantly on the search for new sounds, but also for anybody who is ready to discover new bands.

Reflektor runs over three days between 14-16 July, defining itself as a small festival.

Trying to find its place in the narrow gap between the mainstream and the underground, it’s built primarily on international performers such as Son Lux, Temples and Seafret, big draws at festivals abroad, rarely, if ever, seen in Hungary.

Domestic acts have been handpicked, namely iamyank, Black Bartók and The Anahit.

Currently, only early-bird passes are available (€70).