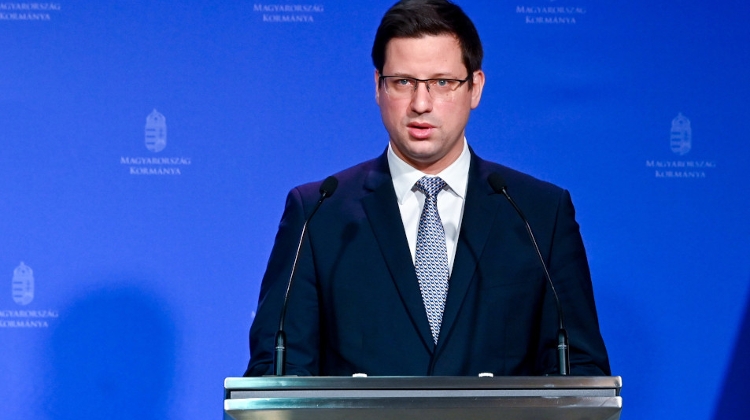 The government will draft legislation to set up a special “border hunter” force within the police force, Gergely Gulyás, the prime minister’s chief of staff, said on Thursday.

Border hunters will be prepared to stop violence along the borders, “and laws will have to be amended accordingly if necessary,” he said, adding that the interior ministry will look into the tools the contingent will be able to use, he said.

Initially, the contingent is planned to be 4,000 troops strong, he said, with 2,200 men recruited in the first campaign.

Border hunter officers will be ready to serve from September, after a brief training, he said. Unlike in police, border hunters will not need a secondary school leaving exam, Gulyás said.

This will take the burden off the army and more persons will be protecting Hungary’s borders, he added. Resources will be provided from the defence allocation, he said.

Since Hungary built a border fence in 2015, the European Union has funded less than 5% of border protection costs, “despite the fact that we protect the external borders of the Schengen Area and Europe as well as our own,” Gulyás said.

Although “we cannot count on Brussels when it comes to the border fence,” it will have to be developed further so it will be harder to scale with ladders, he said.

Regarding talks with the EU, Gulyás said an agreement was expected in the autumn. He insisted that the main obstacle to an agreement was the European Parliament, where “Hungarian leftist MEPs and their western comrades” did everything in their power to strip Hungary from the funds allocated to wage hikes for teachers and health-care workers.

The EP is also “connecting wholly unconnected issues” when they took a stance not to sign an agreement on Hungary’s recovery funding if the country continues to block the global corporate minimum tax, a step Gulyás said was “treading rough-shod on the European treaties”.

Responding to questions on the forint’s weakening over recent weeks, Gulyás said Hungary’s exposure to foreign energy resources is significant, albeit on the wane. State debt is also higher than that of other regional non-euro zone countries, despite downward tendencies, he said.

Changes in the exchange rate have mirrored those two factors, he said. The currency is determined by state debt and energy dependency, and Hungarian state debt is higher than the regional average despite the fact that it had fallen and that of other countries grown over the past decade, he said.

Forint is the weakest among regional currencies but Hungary’s rate of inflation is the smallest among the Visegrad countries, thanks to “price caps curbing inflation by 6 percentage points”.

An agreement on EU funds is expected to strengthen the forint but “we must not expect miracles in case of an agreement either,” Gulyás said.

“There is no argument on the war being the cause of what’s happening with inflation and the currency rate,” he said. Regarding energy supplies, Gulyás said domestic gas storage facilities are filled up to 35%, and would hopefully become full by October.