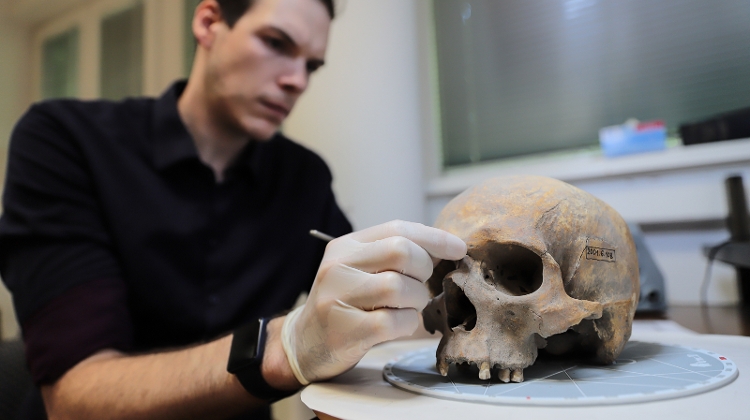 University of Szeged researchers have identified the remains of several Hungarian rulers, including King Saint László, among the bones found in medieval ruins in Székesfehérvár.

The project led by Endre Neparáczki, director of the Archeo-genetics Research Group, managed to prove that bones in the ossuary of Székesfehérvár were those of members of the royal House of Árpád.

Neparáczki said the bones of more than 900 people are mixed up in the ossuary. DNA samples were taken from 400 human remains with the aim of identifying several Hungarian rulers.

The bones were also subjected to carbon isotope dating, which revealed that the Székesfehérvár cemetery was used for burials from the 9th to the 16th centuries.

The researchers in Szeged have scanned all the skulls, and will create facial reconstructions of Hungary’s medieval royalty. The DNA information also includes eye and hair colour.