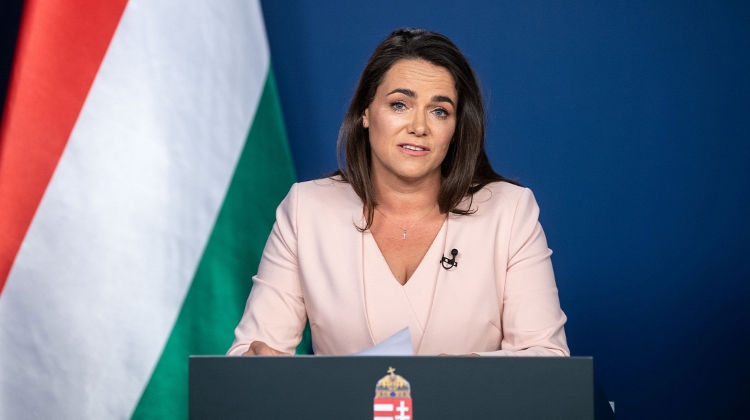 Novák will attend the hoisting of the national flag in front of Parliament at 8am on Saturday before attending the swearing-in ceremony of new officers.

The president will then travel to Székesfehérvár, the capital of the Kingdom of Hungary in the Middle Ages, to deliver a speech.

She will also lay a wreath at the city’s statue of King Saint Stephen. In the afternoon, Novák will be back in Budapest and present the Hungarian Saint Stephen Order and the Grand Cross of the Order of Merit of Hungary before attending the traditional holy mass and the procession of Saint Stephen’s Holy Right Hand at St Stephen’s Basilica.

In the evening, Novák will host children who have undergone organ transplants at the presidential Sándor Palace.

he will then view the traditional evening fireworks display over the river Danube with the children, their parents and staff members of the Transplant Foundation.