Top 10 Most Mediterranean Spaces in Budapest 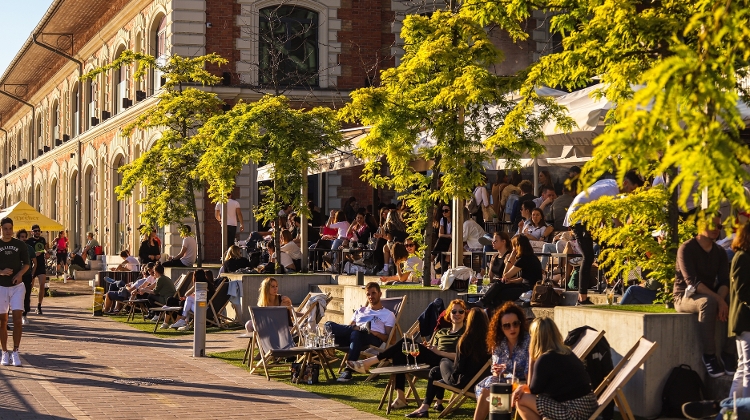 Here’s where Budapest gets most Mediterranean, writes the team at WeLoveBudapest.

Walking around any Italian or Spanish city, you’ll notice the alfresco spaces that locals take over after the heat of the day.

Congregating with friends, children or neighbours, they sit over dinner, drinks or just on benches, chatting.

This use of public space in Hungary wasn’t factored in by urban planners – it has just developed that way here, especially at the following locations.

The panoramic view from any pedestrianised street downtown cannot compete with any terrace or promenade on the Danube, perfect at sunset for a relaxing sit-down.

Of all these, the walkway around the Bálna complex, the glass-fronted building in south Pest, is less crowded and touristy,

The relaxed, rejuvenating atmosphere at the Jónás craft-beer bar, the Bálna Terasz, EscoBar and Hygge Café are also due to the proximity of Corvinus University and the Nehru embankment, a grassy park with dog walkers. You’ll even find a DJ spinning at the Esetleg bistro in the evenings. 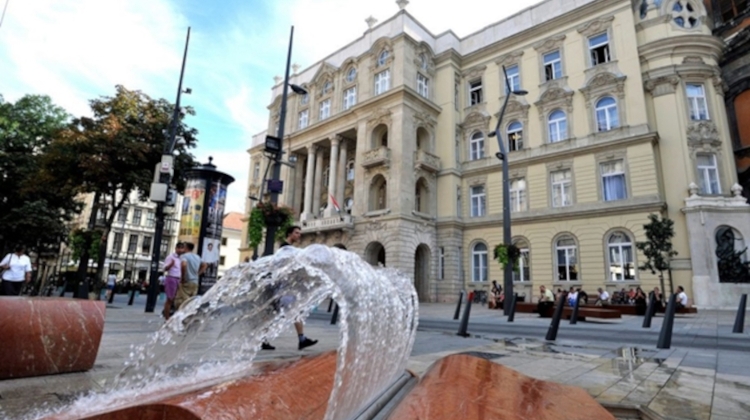 Since its renovation, Egyetem tér has become a popular hangout, defined by the imposing building of ELTE university Faculty of Law and the Church of Our Lady alongside, around which you can find plenty of public seating.

You can watch it all from the terrace of the venerable Vén Diák café or Hummus bár but it’s also worth heading over to pedestrianised Ferenciek tere, where the legendary Centrál Café, authentically retro Ibolya or the Kelta terrace are perfect for a summer evening – there’s even a public spray gate.

One of the city's most elegant areas is here around the Opera House, although it has been wrapped in scaffolding for a while.

But on adjoining Hajós utca, you soon leave the barriers and roped-off areas behind to take a leisurely stroll on a pedestrianised zone bordered by Art Nouveau houses.

There you can sit in charming Le Petit Bistro, Café Brunch, the Drop, the Café Napoleon, Sophie, Imázs or on the terrace of the Sonkamester Balletcipő (‘Ham Master Ballet Shoes’), its name created partly in homage to the revered Balletcipő café that once stood here. 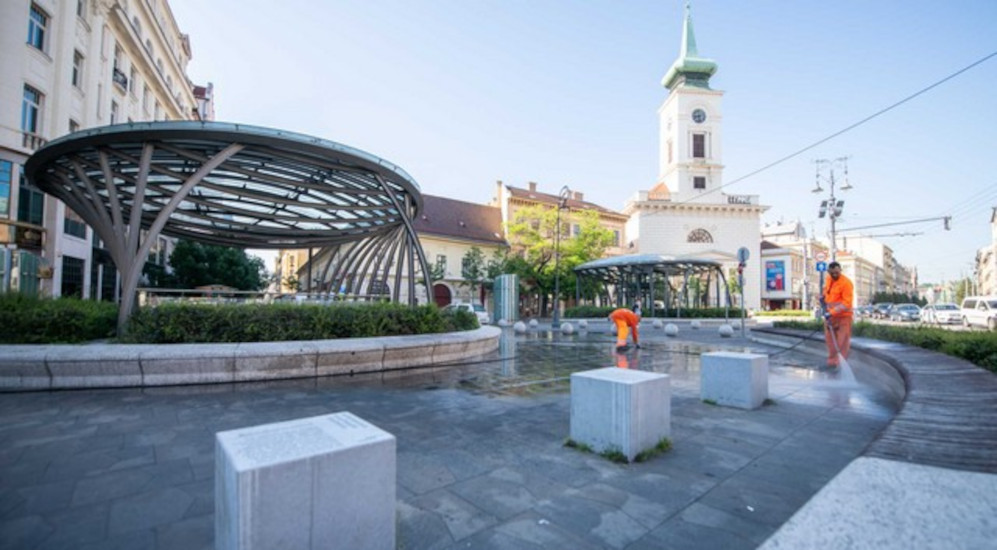 Close to Mikszáth Kálmán tér, Kálvin tér extends to this pedestrianised hub, a large public space between the Ervin Szabó Library and the Reformed Church that overlooks the square by the Kiskörút.

Restaurateurs and café owners spread their tables outdoors and there are also plenty of benches under the shade of plentiful trees. Terraces include Budapest Bagel, Matrojska, the Premier Kultcafé and Fecske. You’ll also find a wagon lined with cut-price novels, Mozgókönyvek, ‘Moving Books’. 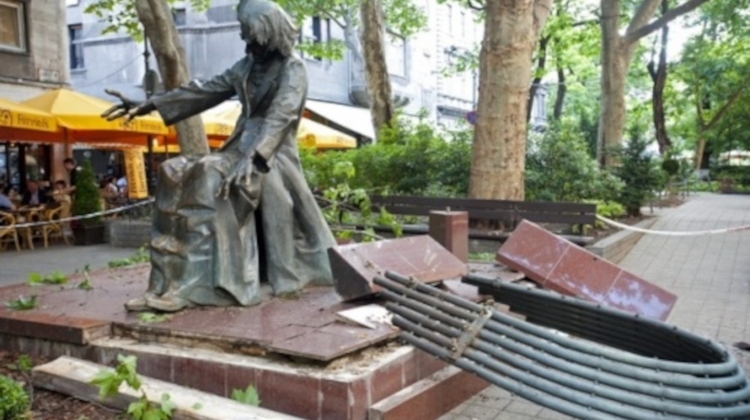 Once the most upscale public square in town, today’s Liszt Ferenc tér has lost much of its reputation. Nevertheless, in the middle are huge trees, and here you’ll also find the beautiful Eclectic-Art Nouveau building of the Franz Liszt Music Academy, so it’s still one of the most beautiful public spaces for atmosphere.

Locals mostly avoid the restaurants (except Menza), so if you’re walking past any of the terraces, don’t be surprised to hear someone using English to try and usher you in. 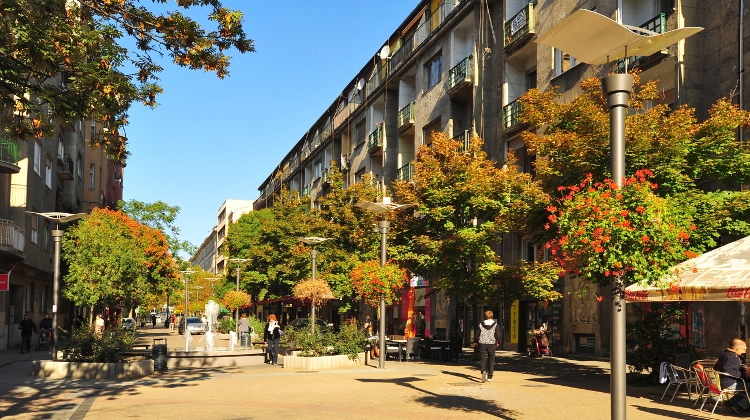 The general opinion is that Buda is less bubbly than Pest. Around ten years ago, a section of Lövőház utca was pedestrianised, and now it has been converted into the busiest public square in District II.

Though yet to embrace the gastronomic revolution, it offers food and drink outlets on both sides, such as Szalonspicc, Shakesbeer, Pocak Maci téjbár, Cool Tour bar, Anjuna Ice Pops, Kaffeine, Good Karma and Nemo Fish.

In the middle, benches can be used for consumption or just for relaxing by the fountain. With the Mammut mall and the transport hub of Széll Kálmán tér nearby, this thoroughfare can get crowded on summer evenings. 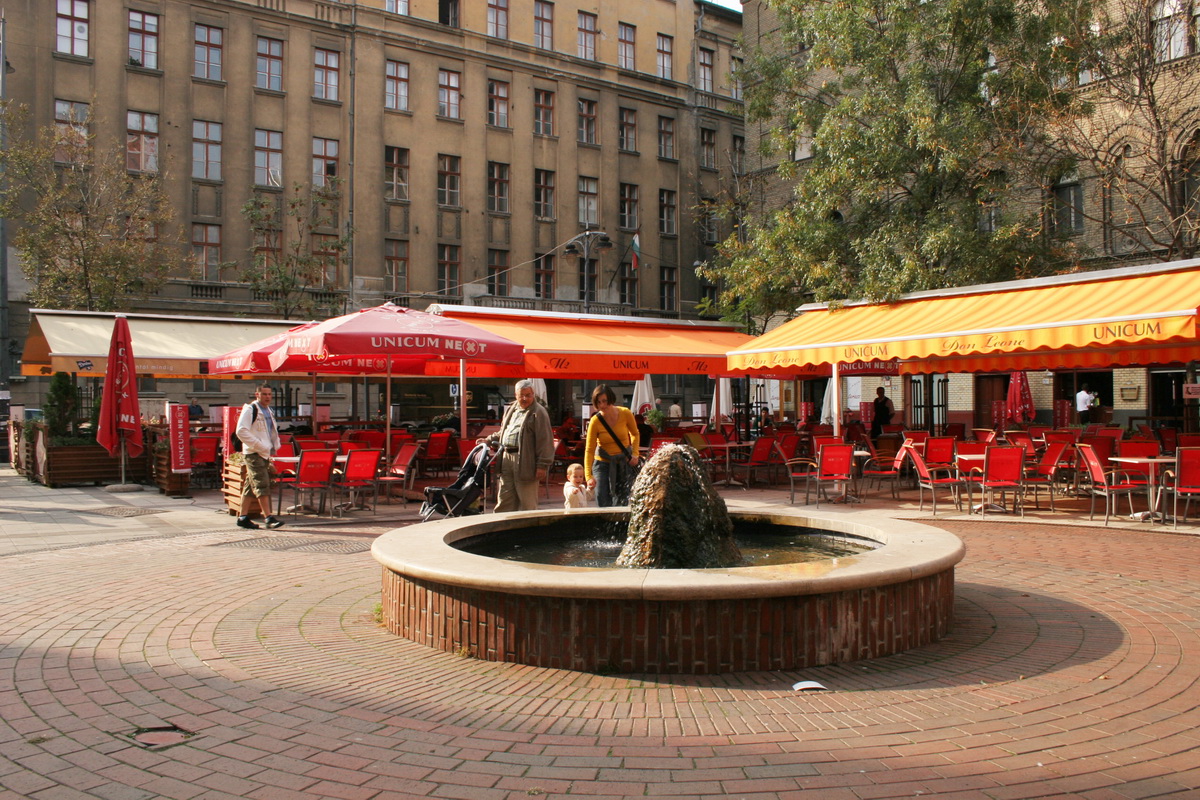 In addition to cobblestoned streets, graceful buildings and inner courtyards, the Palace District behind the National Museum is an attractive part of the city because of its convivial cafés and restaurants. The small square where the statue of writer Kálmán Mikszáth greets passers-by is a real gem.

To take in the bustle, you can find a public bench or a table at Zappa, Lumen or Al Dente in Krúdy Gyula utca, at Csempés or the Fiktív Gasztro Galéria and it’s worth walking further along to Lőrinc pap tér, where there are also places to sit down. 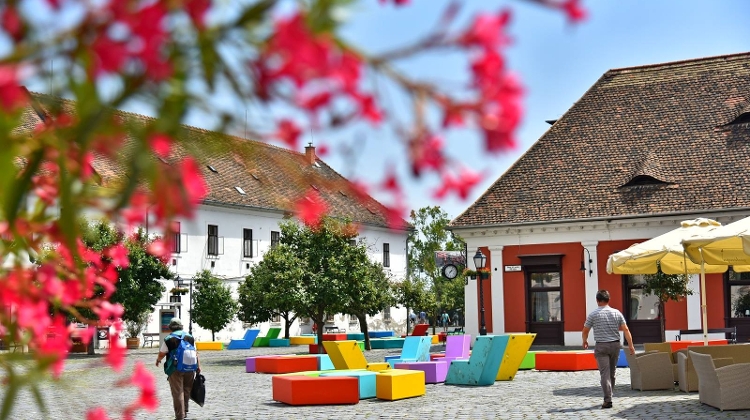 There are two faces to Óbuda, the historic district north of Buda. One is lined with communal housing, the other preserves the elegance of the past and the spirit of Golden-Age novelist Gyula Krúdy, who spent his last years here.

The stand-alone and one-storey houses of the Baroque Old Town are dotted around Szentlélek and Flórián tér, and a charming atmosphere is best enjoyed on the main square of Fő tér.

Here you’ll find ever more options for a bite or a drink. Esernyős works as a multifunctional cultural centre, the Vasmacska kávézoo is also home to numerous animals, the Kobuci Kert stages open-air concerts all summer, while the Új Sipos Halászkert has long been a gastronomic reference.

There aren’t so many terraces, but there’s a huge chessboard, colourful street furniture and a few benches to enjoy a summer evening. 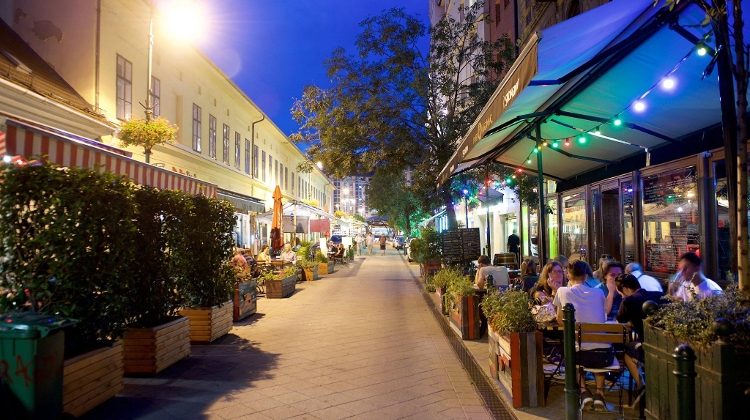 Leading down from Kálvin tér, Ráday utca was once a gastronomic hub, though its culinary excellence has been somewhat watered down by sheer number of eateries lining each side of the street.

The honourable exception is, of course, Costes, the first restaurant in Budapest to gain a Michelin star, a status it has consistently lived up to.

For all that, Ráday is still a pleasant stretch: you can sit on either side of the street all the way down, while music drifts over from the large windows of the If Café, produced by a cello, a guitar and a synthesiser.

There are also live sounds at the wonderful Holló és Róka. Púder is still one of the most popular places at this end of the street, but it is worth exploring even further, to discover international flavours: Italian at Artist, Indian at Royal Rasoi, Polish-Hungarian at Kredenc, at Vietnamese at Pho 18 are all lined up in a row.

Just as the top half of the street is buzzing, the lower half is pleasantly quiet – Bakáts tér church and surroundings merit investigation. 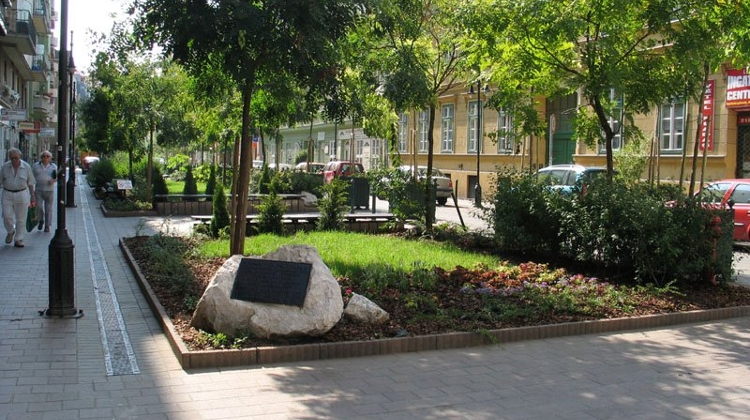 A decade ago, it would have been difficult to imagine including gritty Pest District IX in a selection of Mediterranean-style streets but once neglected parts of this neighbourhood have been transformed in recent years.

One is Mester utca, another Tompa utca, whose shaded trees make them great for strolling or relaxing in, even though (one-way) car traffic is allowed.

The Macskafogó bar is one of the most popular destinations and, from a gastronomic standpoint, Paletta, Fill the Winebox, the Flaska Wine Bar and the Pepin artisanal beer bar.

As well as public benches, on Ferenc tér you can even find a little running track, there’s grass to lounge on and, in summer, outdoor concerts and events take place.