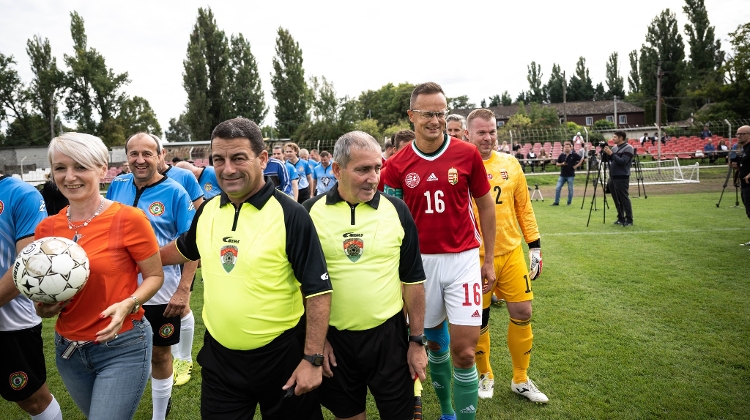 Czibor (1929-1997) played in Hungary’s legendary Golden Team and won and Olympic gold, World Cup silver and European Cup gold with them. He emigrated in 1956.

The foreign ministry’s statement cited Szijjártó as saying that the “football geniuses forced into exile by the Communist regime … had a large role in making the Hungarian nation well-known and well-loved worldwide.”

In recent times, “Hungary’s national team has become a national cause again”, thanks to the government’s hard work and “defying the opposition,” he said.

The past three years have seen the completion of a cutting-edge stadium, the Puskás Arena in Budapest, and “excellent” achievements in reaching the European Championship and the Nations League, he added.