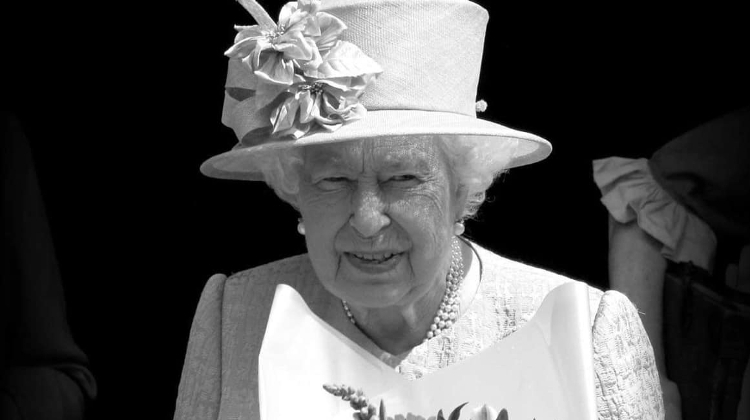 Most authors pay their unconditional respects to the deceased monarch, although some commentators express deep skepticism about the usefulness of monarchy in modern democracies.

In Mandiner, Tamás Maráczi remarks that the United Kingdom is one of the last countries where monarchy still remains an important factor. He sees its importance in representing stable values in a world where certainties are shaken day by day.

Queen Elizabeth II, he writes, excelled with modesty and kindness, signalling to simple citizens that they are not alone.

Queen Elizabeth has left Britain orphaned, Barnabás Szabó writes in Jelen, adding however that she also left behind a popular monarchy which is able to adapt to the needs of the new era.

It is difficult to imagine another international leader, he writes, whose merits would be appreciated by the Secretary General of the United Nations, the German national football team and Apple, alike.

Magyar Hang’s Gergely Egedy describes Queen Elizabeth’s 70 years on the throne as embodying continuity with our own past, representing values that are being corrupted by what he calls the cruel world of the 21st century. For the moment, the question is whether it is possible to continue this heritage, he concludes.

On the sceptical side in Magyar Narancs, Melinda Pál finds it absurd that supposedly republican and democratic politicians should mourn a monarch, although the tradition she represents is a sheer anachronism. Nevertheless, she acknowledges that the Queen was enormously popular and although her succession has been smooth, the world will not be the same after her death.

In a more venomous vein, Demokrata editor-in-chief András Bencsik describes England as a country that has already lost itself, with its main cities inhabited by more immigrants than Brits. What remains from old England is “fish and chips and the unshakeable luxury of the Royal family”.

The new king has been enthroned, he writes, adding “so much for the insignificant things”. What he deems really significant, on the other hand, is the Fidesz victory in a district by-election in Budapest last Sunday.

In another strongly anti-monarchist column in Heti Világgazadaság, Sándor Révész sees Queen Elizabeth II as a wholly insignificant actor and for that very reason, a perfect monarch in a democracy. However, once the monarch has to be insignificant to play his or her true role, he doesn’t think monarchy makes a great deal of sense at all.

Another liberal author, Élet és Irodalom’s János Széky, by contrast, appreciates Queen Elizabeth’s undeniable effort to represent the whole of the nation. That is precisely what the role of the President of the Republic is supposed to be according to the Hungarian constitution, he reminds his readers.

But since presidents are elected by the political majority, it is difficult to expect them to represent all their fellow citizens, he adds. Queen Elizabeth was uniquely successful in her efforts, Széky points out, to the extent that he doubts if Britons will ever have such a monarch again in the future.