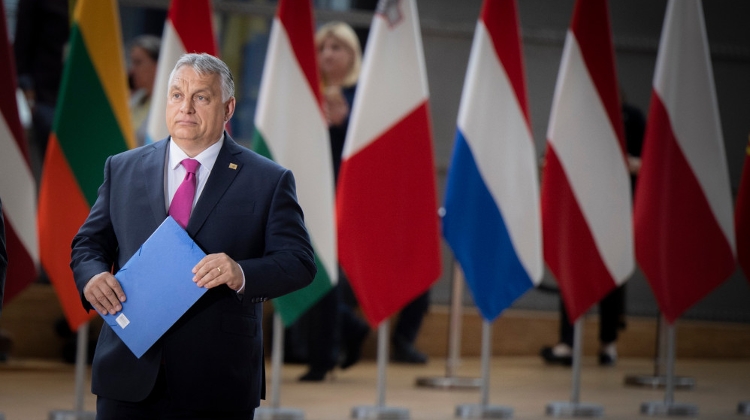 The Russia-Ukraine war is no longer a local conflict, Viktor Orbán told a meeting of the ruling Fidesz and Christian Democratic parties. European Union sanctions against Russia have turned it into a global economic war, he said.

The prime minister called on the alliance’s MPs to work strenuously to ensure that the EU drops its sanctions before the end of the year, Magyar Nemzet online reported.

Orbán said it was obvious that the war would be prolonged, and protecting Hungary’s security, economy and sovereignty was now more important than ever.

That is why the government set up a national defence fund, withdrew soldiers from the frontiers and set up a border patrol unit, he said, adding that additional troops were needed to defend the country.

While the war worries people, it is inflation that impacts them directly, Orbán said. Before the April elections economic trends seemed predictable despite the war, but the EU adopted its sanctions including a ban on oil and gas purchases, which has caused the price of gas to triple since June, the paper quoted him as saying.

If the EU dropped its sanctions, prices would be halved immediately, similarly to inflation, Orbán said. Europe’s economy would revive and a looming recession avoided, he added.

When at the start of the summer sanctions were imposed on Russia, Prime Minister Viktor Orbán said, European bureaucrats pledged they would hurt Russia rather than the people of Europe … since then it has become obvious that they are causing more harm to Europe than to Russia,” he told a meeting of the ruling Fidesz and Christian Democratic parties.

According to a Magyar Nemzet online article, Orbán added that a political opportunity to review the sanctions would arise in November.

Slamming Hungary’s leftist parties, Orbán said they supported the sanctions. “The Gyurcsány era and its representatives, who have destroyed Hungary before, are now working to return,” the paper quoted Orbán as saying.

“They are the paymasters, they did this in the election campaign and that is what they are doing now,” he said.

Meanwhile, Orbán said the ruling parties would need to ensure energy supplies, protect families and jobs. Families are supported through a cap on household energy bills, as well as separate programmes to help them to firewood and coal, while small and medium-sized businesses could benefit from programmes to help them with energy costs, he said, adding that service providers will receive government support as part of a new job protection action plan.

Orbán insisted that Hungary’s energy supplies were secure. “There is sufficient natural gas, there is electricity and we have oil,” Orbán said.

“Sanctions have done serious damage to the country, but through hard work we can create a chance for Hungary to come out of the crisis as a country that can overtake in the bend,” Orbán said.