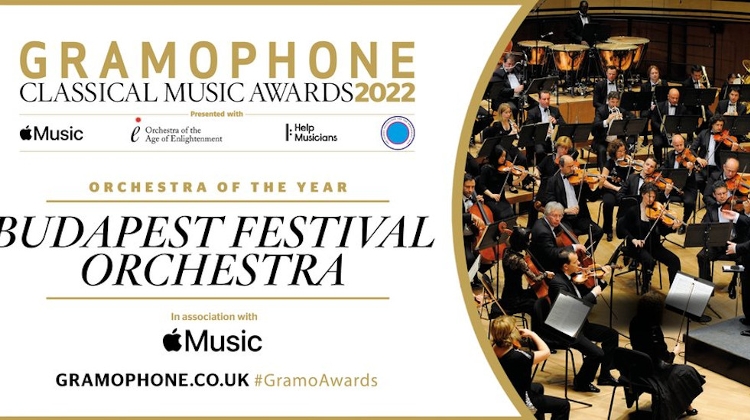 The Budapest Festival Orchestra (BFO) was named Orchestra of the Year by the prestigious Gramophone magazine at a gala in London.

BFZ was shortlisted for the award on the back of its Brahms recording, alongside nine other orchestras such as the Vienna Philharmonic and the Bavarian State Orchestra.

The prize was awarded based on some 10,000 votes cast by the public worldwide, of which BFO received some 38%.

Music director and conductor Iván Fischer said in a speech from Berlin that the award was a feedback of their aim to “share the beauty and joy of music with our audience”, and expressed hope that it would boost interest in the orchestra and lure “corona-shy audiences” back into concert halls.