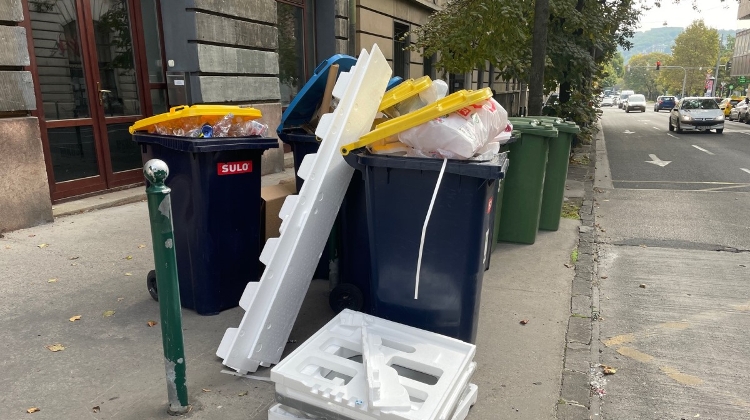 Budapest’s leadership is working to ensure that waste collection services in the city resume, Mayor Gergely Karácsony said on Thursday, adding that talks in the matter would continue.

Budapest’s FKF waste management company announced on Tuesday that several hundred of its employees had started a strike, saying that the wage hikes they had received had been eroded by inflation and increased utility costs.

Karácsony said on Facebook that from Thursday waste collection was the responsibility of the disaster management authority.

The mayor said he had met FKF workers on Thursday morning and had proposed a 200,000 forint (EUR 474) utility bill subsidy in addition to a 15 percent wage hike.

The offer will be discussed with Budapest company unions as well, he added.

The mayor said the city council’s revenues were not even enough to cover its own electricity costs. “But we won’t back down on solidarity and on helping as much as we can,” Karácsony said.

Wintermantel said that by turning to the government commissioner over the city council’s inability to organise waste collection, Karácsony had proven that he was unfit to serve as mayor.

Not until now has Budapest had a mayor incapable of handling the collection of waste, he said.

“Within three days, Gergely Karácsony … surrendered because he’s incapable of reaching an agreement with his own employees,” he added.

He said that under the law the disaster management authority was only supposed to get involved in the collection of waste in emergency situations like if a landfill or garbage trucks are destroyed.

Wintermantel said the problem was that the people appointed by Karácsony to head Budapest’s public works companies were “totally unqualified”.

He called on the mayor to reach an agreement with waste collectors.