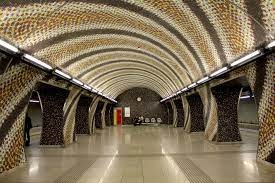 The Socialists called on the government to expand metro line 4 into the 14th district rather than pursuing an “overpriced project on the southern belt railway line”, the Socialist mayor of Budapest’s 14th district said ahead of a meeting of the Budapest Assembly.

The planned 6km expansion of the belt railway in the outer 14th district originally had a 340 billion forint (EUR 821.4m) price tag, and has recently been bumped up by a further 5 billion, Csaba Horváth said.

The project is “overpriced tenfold”, he said. The same resources could be used to lengthen metro line 4 beyond Keleti railway station to Bosnyák Square or further into the 14th district, Horváth said.

A recent survey in the district showed that 44% of motorists there would use the line daily if it were extended to Bosnyák Square, he said.

Motivating tens of thousands of people to use the metro rather than cars would solve many problems of the suburb, he added.