WhiskyNet Insight: Autumn – the Most Exciting Season of Harvest 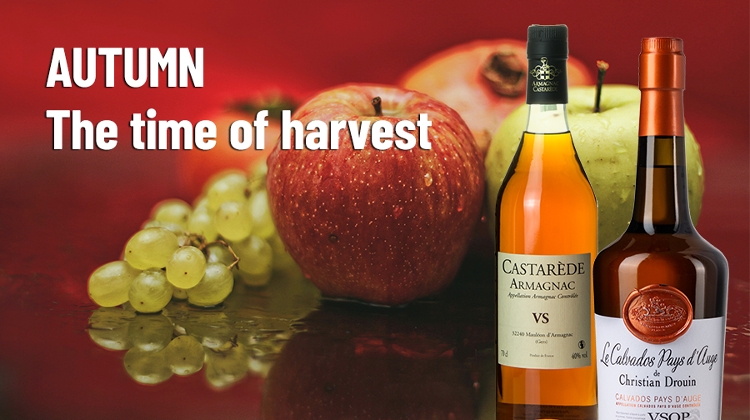 When September arrives the most exciting season starts for vineyards and spirit producers: it is the time of the harvest.

This September we will travel to France to visit two traditional “maisons”. We will take a trip to the oldest family-owned and managed Maison d’Armagnac Castarède, then we will stop by the Calvados Christian Drouin house.

Founded in 1832, Castarède is the oldest French Armagnac trading House. In 1932, Raymond Castarède took over the family company. His wife, then his son, Jean Castarède, have continued to celebrate this French brandy.

Today, Jean Castarède’s daughter, Florence Castarède runs the company. She does not hesitate to travel the world to share with people this extraordinary family heritage full of history, with a catching joy of living. 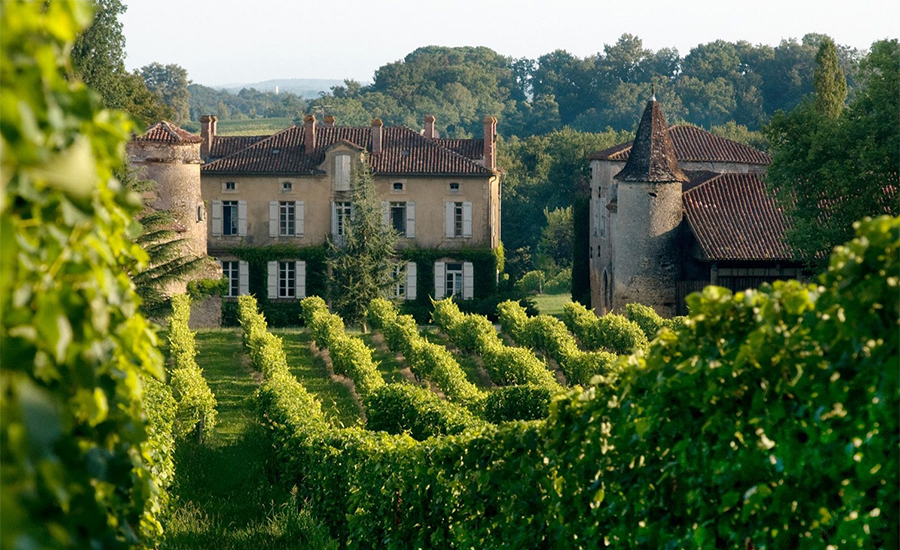 The Castarède family owns one of the most important collections of Armagnac vintages, the oldest one is dated from 1893. The Castarède family acquired the Château de Maniban 30 years ago, which is located to the South of the town of Mauléon d'Armagnac, in Gers. This is where they operate nowadays.

It is situated in the Bas Armagnac region, considered as the most highly rated terroir of the whole Armagnac region, and producing the best eaux de vie. The family personally handles the entire wine-making-process, distillation, ageing in wooden oak casks and bottling, which is carried out at the Castle.

The eau de vie is produced from white wine made with white grapes, with a good acidity and a low alcohol degree. For their Armagnac, the Castarède family uses 4 types of grapes: the Folle Blanche, the famous Ugni Blanc, the Colombard and the Baco.

The grapes are harvested in September, then in November when the fermentation process is done, comes the distillation. The spirit is distilled in two Armagnac-type alembics which are more than half a century old. Finally, the Armagnacs are aged in the traditional way in new oak barrels made by local artisans. 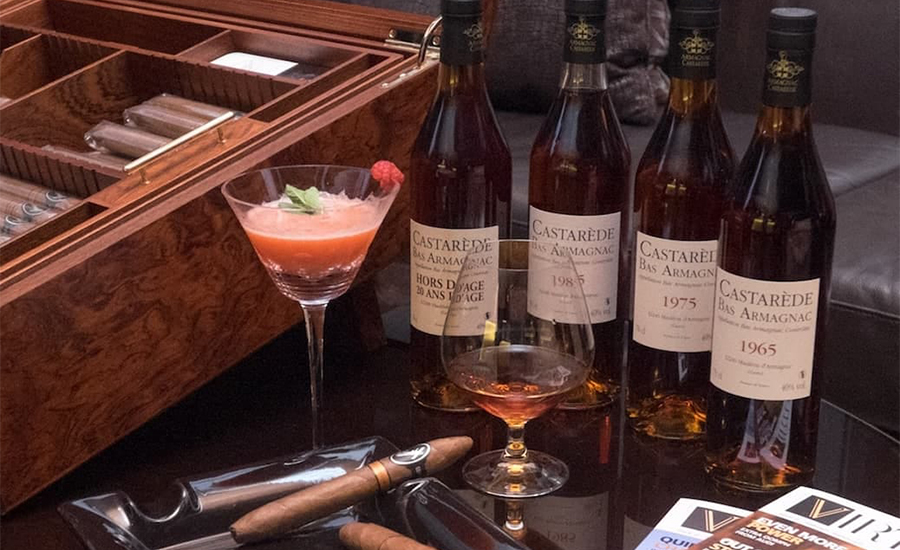 The story of the Christian Drouin family started in 1960 when Christian Drouin senior acquired the Fiefs Sainte Anne farm near Honfleur. Cider-apple trees were planted on the farm and Christian decided to produce his own calvados from these apples. He also purchased several very old calvados batches when their owner’s estates were sold.

It was only in 1979 when stocks were considered sufficient to allow marketing and sales to begin. In 1991-1992 production was moved to another 17th-century farm in Coudray Rabut near Pont L’Evèque to meet the need for more space generated by the success of the firm. 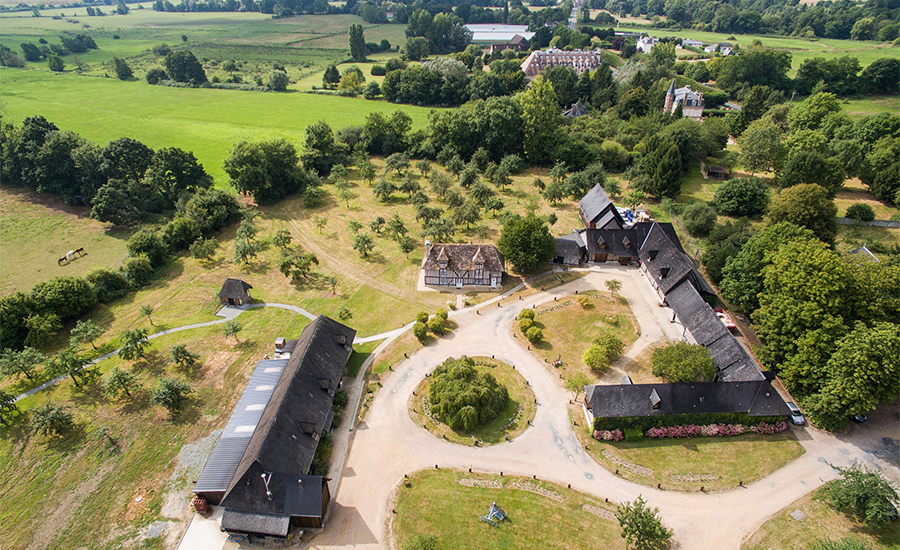 In 2004 the third generation joined the business: Guillaume Drouin took over the family company. Today the calvados is still created by Guillaume and his father.

“Autumn is the most exciting season. You have to look at almost every tree to judge the ripeness of the fruit and plan the cider vintage. The thirty apple variation in our orchards offer almost infinite variety.” says Guillaume.

The orchards are managed according to the rules of organic farming. Cows graze the orchards, contributing to production by fertilizing the soil and eating the wormy apples in September. Apples are harvested on the ground when fully ripe, between September and November. 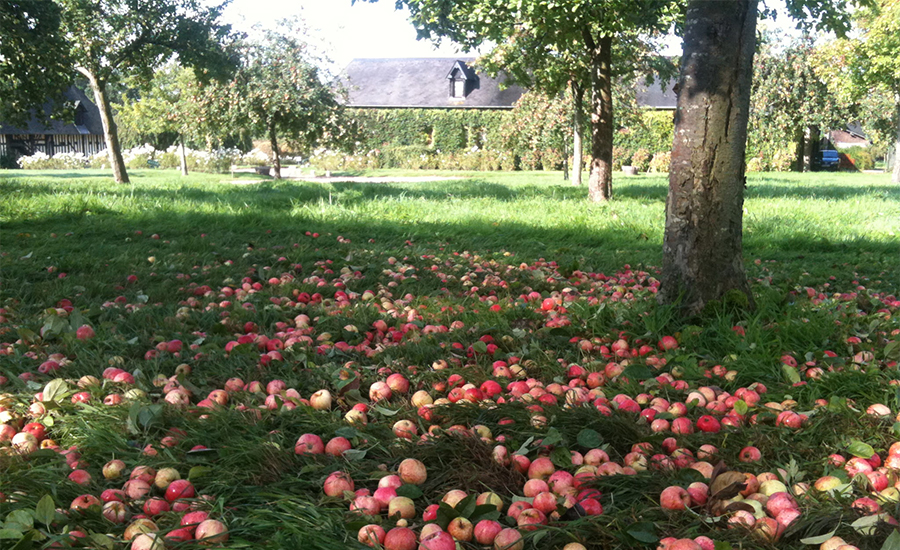 The washed and sorted apples are first grated, then they are left in a hopper for several hours to become a cider. Then the cider apples are pressed in a pneumatic press that extracts juice with low yields of only 65%.

The ciders produced in Autumn are kept for several months in cider vats. Distillation continues until June and sometimes even into Autumn. Lastly, comes the aging: Christian Drouin calvados ages in small oak barrels, which allows more exchange between the wood and the spirit. The result is a rich, fruity aroma which is the main characteristic of calvados.

Produced from bitter, bitter-sweet, sweet and sharp cider apples by double distillation in copper stills, VSOP is aged in former wine casks. This calvados offers an appetizing fruitiness over ripe apple flavours with hints of spices.

Castarède Armagnacs and Christian Drouin calvados can be purchased in the webshop of WhiskyNet.