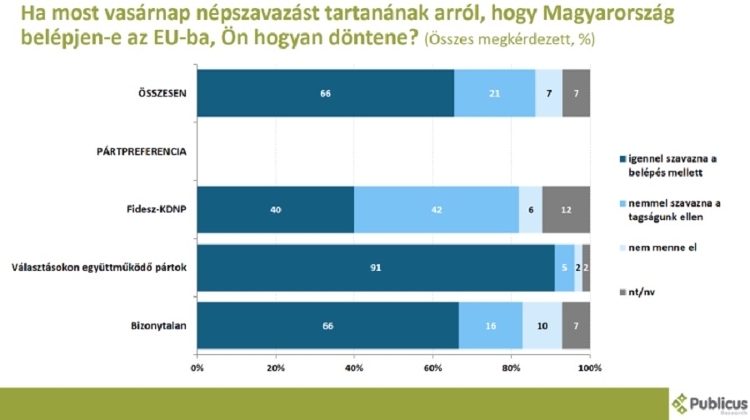 According to a recent poll, 68% of Hungarians still see Hungary's membership of the European Union as beneficial, writes the left-leaning daily Népszava.

This means that the majority of Hungarians would not support Huxit.

According to a recent survey by the Publicus Institute, two-thirds of Hungarians would still vote for Hungary to become a member of the European Union.

According to the December 2022 poll, 68% of those asked still see Hungary's membership of the EU as beneficial.