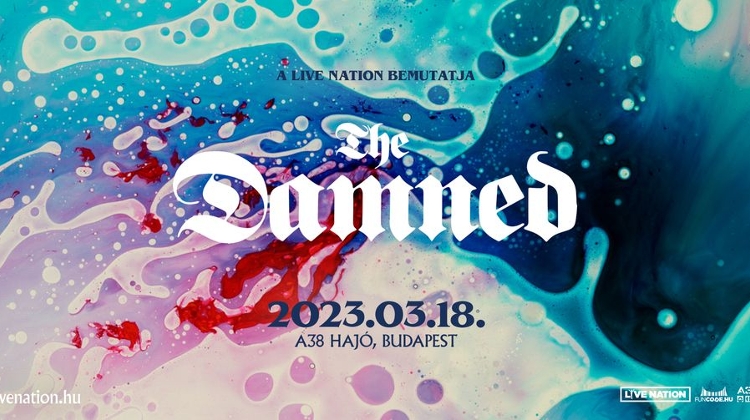 The nearly 50-year-old band is playing in Budapest for the first time at A38 Ship in Budapest on 18 March.

The Damned was formed in London in the seventies and, along with the Sex Pistols and The Clash, are considered the best-known, early representatives of the punk-rock genre.

Later, the band switched to the gothic rock sound, thus the band is considered to be its pioneer and an inspiration to many.

After almost half a century of existence, the band is playing in Budapest for the first time on March 18, at the A38 Ship.

In addition, The Damned promises to release a new album in the spring, so in addition to the classics, we can expect new songs at the band's first performance in Budapest.

The Damned was formed in 1976 and released their first LP that same year, which was quickly followed by subsequent albums. Their 1979 album Machine Gun Etiquette is included in the 1001 Records You Must Hear Before You Die. also in a book.

Although The Damned's first material was born in the spirit of punk-rock, their sound was soon replaced by gothic rock, post-punk, psychedelic rock, new wave and alternative rock styles.

The London group was one of the first gothic rock bands with its dark lyrics and costumes reminiscent of vampires, and had a significant impact on the goth subculture.

During these years, of course, there were many changes of members in the life of the band, as well as shorter breaks, which were followed by several re-formations.

Of the founding members, only Dave Vanian, singer, remains, but last year they did a tour with the original line-up. However, their concert tours have so far eluded.

Source and tickets: A38 Ship Budapest