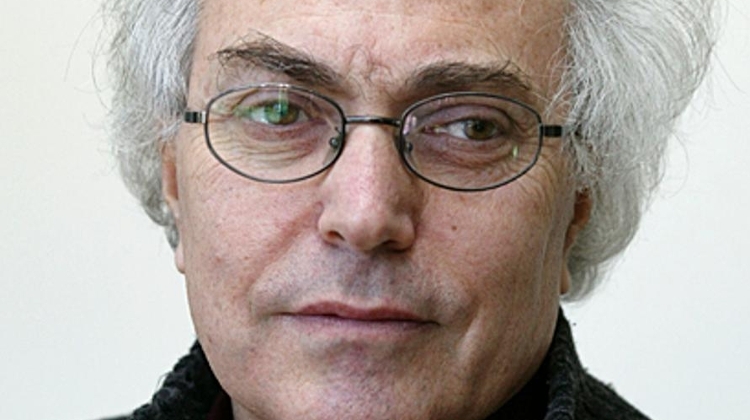 Tamás Révész has an established career in the world of photography, book publishing, and design, with an international background. He has gained many of experiences in Hungary. As senior photographer he was staff member for the cultural magazine of Új Tükör and became an award-winning photographer (including Pulitzer Memorial and World Press Photo awards).

As photo editor he was working for nature and science magazines. As designer he designed several books, brochures, annual reports, newsletters and websites. As an art director he did award-winning corporate identity design.

As curator he has organized exhibitions like the first 'Capa Brothers', Robert and Cornell Capa show into Europe and the 'After the Fall' of Anthony Suau. He has been organizing and fundraising the World Press Photo exhibition to Budapest for twenty years.

As educator he has organized the 'Choice Master class'for six East Central European countries, has published the book of 'Choice' and created exhibition as well by those images shown in Hungary and in the United States. Révész has been awarded by the Howard Chap nick grant by the Eugene W. Smith Foundation for Choice project.

He has won the green card on lottery and moved to the United States in 1996. He had to restart and renew at 50. His publication of 'New York' at W.W.Norton (2000) was the first photo book project to becoming a traveling exhibition as a Sister City Program of New York city endorsed by Mayor Michael Bloomberg.

He had more than 70 one-man-show exhibitions around the world.

1. Where did you grow up?
Budapest, at Tabán. I knew all paths and trees there and climbed all rocks on the Danube side of Gellért hill. Looking up there nowadays I can't understand how could I do so stupid dangerous thing.

2. What Hungarian traditions bring back fond memories of your childhood?
Those that are not typical Hungarian, but rather our family traditions: having the Sunday family lunch gatherings with grandparents and many times accompanied by friends of my parents. We always had fine food, cakes and talks lasting hours. Some of my friends were so close not only to me but to my parents as well that we occasionally have had a chat in my parent's bedroom while they were in bed late night.

3. What would you miss most if you moved away from Hungary?
Old and new friends. Those programs what make these friendship fresh.

4. Friends are in Budapest for a weekend - what must they absolutely see and do?
First impression decides a lot. So, I would suggest them first driving from the airport through one of the bridges to see the incredible beauty of how Gellért hill and Castle District face Pest across Danube. Then on the weekend just walk to Caste District, National Gallery and walk through Lánchíd (Chain bridge) to the city, have look at the former ghetto area, the Synagogue and the walk along Andrassy út to have a glance at Opera house and finish it at H?sök tere (Heroes Square) at Képz?m?vészeti Múzeum (Fine Art Museum). Watch the buildings, style and architects were many times the same as in Wien or Paris. Even if they look like ruins you can recognize their grandeur.

5. What is your favourite Hungarian food?
It is changing time to time. My Hungarian food has some Jewish flavor what I can have only at home: fried geese and geese liver, rácponty, sólet, székelykáposzta, mákosguba, tökfözelék, cold megyleves (with cream), maceszgombóc soup. I will never have such perfection as my mother's flódni and the mákospite of my mother-in-law. You can get similar taste at Rosenstein restaurant in Budapest.

6. What is never missing from your kitchen?
Yoghurt, café, pepper, cheese

7. What is your favourite place in Hungary?
Budapest, Tabán, Rózsadomb.

8. What career other than yours would you love to pursue?
What needs some creativity as architect, physician, and musician.

9. What's a job you would definitely never want?
What needs repetitive work.

10. Where did you spend your last vacation?
Andalusia, Spain

11. Where do you hope to spend your next one?
I have no idea yet it is improvised most of the time.

12. What was your favourite band, film, or hobby as a teen?
Elvis Presley, Kétszer kett? néha öt, camping,

16. Book or movie?
Depends, I like anything moving but I also love hiding behind an open book.

18. Which social issue do you feel most strongly about?
Intolerance.

20. What would you say is your personal motto?
'Every cloud has a silver lining'- Minden rosszban van valami jó.