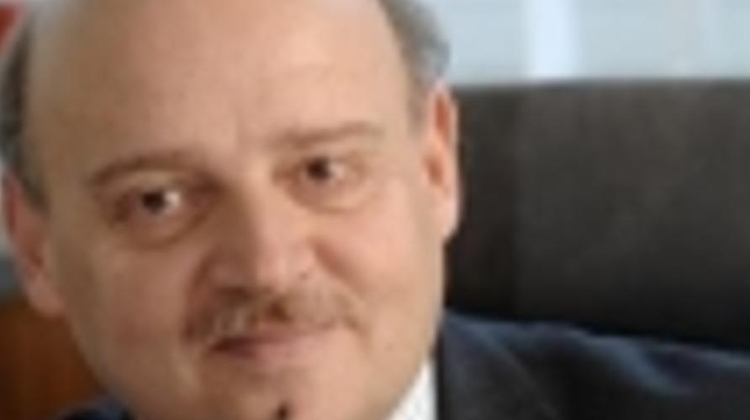 Gábor Galla graduated from the College of Hotel, Catering and Tourism in 1974, and obtained his doctorate at the Budapest University of Economics in 1981. During his studies he spent a year in Tanzania, where he was deputy general manager at Hallways Hotels Overseas Ltd. He has 30 years of experience in the tourism business.

He started his career in Hotel Budapest Hilton as night manager and receptionist. In 1982 he became the director of sales and marketing at Grand & Thermal Hotel Margitsziget, where he participated in building up a starting hotel.

On the successful achievement of the start-up he was offered the post of general manager at Thermal Hotel Helia in 1988. He was responsible for the organization of the pre-opening processes (planning and development) of the hotel, which under his management became one of the leading hotels in Budapest.

In 1997 he was appointed senior vice-president of HungarHotels Rt., and later deputy CEO (in charge of sales and marketing) of Danubius Hotels, the largest hotel chain in the region.

In 2002 he was appointed director general of the Hungarian National Tourist Office. Serving a record of more than four years, he enhanced the company's acceptance in the travel trade by introducing thorough changes to increase efficiency.

His success was marked by milestones such as the renewal of Hungary's identity, the strengthening of the brand Hungary, and the deployment of a complex planning and monitoring system supervising the daily operation of the whole network. His international acceptance is highlighted by his election to the board of the European Travel Commission.

He started working for Tourconsult Kft. in December 2006 as general manager, specializing in tourism strategy and hotel management.

Gábor Galla is the president of HSMAI Hungary.

1. Where did you grow up?
I am not sure if I did (just ask my wife or our dog)! I am working on it since 60 years with little success.

2. What Hungarian traditions bring back fond memories of your childhood?
Football, summer children camps and Sunday family lunches – unfortunately all of them have disappeared.

3. What would you miss most if you moved away from Hungary?
Friends, Hungarian cuisine, stress

4. Friends are in Budapest for a weekend - what must they absolutely see and do?
The most important is to take a RiverRide tour on land and water. This new invention is the best way to discover the most important sights of Budapest rolling on the lively streets and after an exciting splash in the Danube to see the most picturesque view from the water. It is also a must to eat a nice Hungarian meal with live gipsy music, make some shopping and do not forget to talk to each other after such a long time.

6. What is never missing from your kitchen?
Unicum (but please, let me know before you come – I buy an other bottle)

7. What is your favourite place in Hungary?
Can I mention more than one? Ok! Solymár – our summer home, North shore of Balaton and Budapest - Falk Miksa Street and the art shops around that area.

8. What career other than yours would you love to pursue?
I am very lucky. I never wanted to be something else. When I was 13 years old I have decided that I will be hotel manager, and I became when I was 38. And I am still working in the tourism business as consultant and we operate the unique RiverRide sightseeing program on land and water.
But if I want to be really honest, I still have a dream job: To be the ambassador of a small, rich Latin-American country in Budapest.

9. What’s a job you would definitely never want?
Tax inspector

10. Where did you spend your last vacation?
We were skiing in Austria in March, were visiting the new Renaissance Theme Park in Bikal – I can suggest both to the dear readers.

11. Where do you hope to spend your next one?
A week in Balaton and a week in Provence

12. What was your favourite band, film, or hobby as a teen?
Beatles, Luis Armstrong, Illés – bands
Pitkin, Stan and Pan, Chaplin – films
Playing music – with schoolmates formed a small beat band, called Street Boys – we had several world famous records (on the shelves at home).

18. Which social issue do you feel most strongly about?
Why not all the people come to enjoy the RiverRide tour (www.riverRide.com)? That could solve all the social problems:

- Education – our guides explain everything anyone might need in life.
- Criminality – until now nobody was killed, robbed and/or cheated during the trip on land and water.
- Freedom – everybody can feel free to pay the ticket price on the spot or book online (www.riverride.com).
- Health – health and safety regulations are kept during the Budapest sightseeing tour.
- Poverty will not exist any more (at least not at our company).

20. What would you say is your personal motto?
To do it better, to enjoy it more.