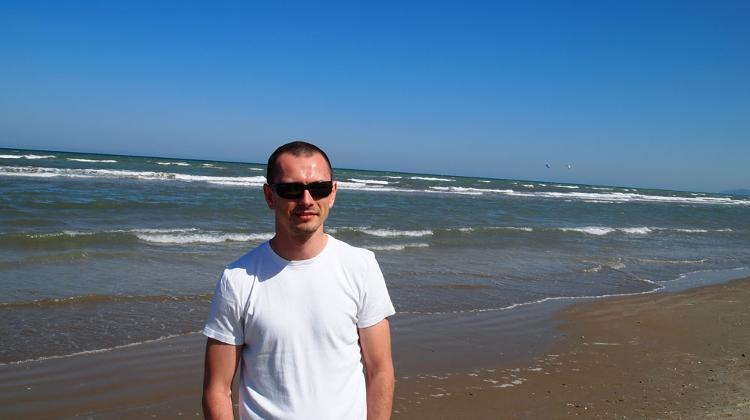 Pavel Smirnov is a well-practised citizen of the world who has lived outside of his native Russia since he was twelve.

Having attended the American  International School of Budapest, graduated from the University of Surrey  and received a Master’s Degree from the University of Sydney, Pavel has been  afforded the opportunity to feel at home in all corners of the globe. His international experience has also provided him with the qualifications for  his chosen career in marketing and entrepreneurship.

Three years of working for an international online gaming company proved the perfect backdrop for starting 2iventures.com. Now in its sixth year, this online marketing company deals with everything website-related from site development to search engine marketing (mostly within the online gaming industry).

Pavel’s self-employed, independent lifestyle has provided the additional benefit of meeting like-minded people. It has also given him the flexibility to pursue personal interests that include long-distance running (kudos to Simon Saunders), swimming, biking, road tripping (with Baldini) and football watching/travel (Chelsea & Spartak Moscow).

1. When did you arrive in Hungary and what brought you here?
I moved here with my parents from Moscow in 1992 when I was 12. This was shortly after the coup d'etat in 1991. Incidentally I was in Budapest in August 1991 and remember watching the coup on black & white TV with my mom, while my father was in Moscow. It was a strange day because our decision to go back to Russia from vacation in Hungary dependent on the outcome of the coup.

2. Have you ever been an expatriate elsewhere?
Lived in Guildford, England for 4 yrs and also in Sydney for 2.

3. What surprised you most about Hungary?
I've been here for a long time so its hard to say what it was back then. Right now it's definitely the city's beauty and character.

4. Friends are in Budapest for a weekend - what must they absolutely see and do?
Chain bridge, Castle, Hősök tere, the view from Citadella, drive the city's bridges at night, walk around 5th district and through Andrássy, wine tasting with David @ Doblo bar, dinner at Déryné and maybe Rudas bath house.

5. What is your favourite Hungarian food?
Gulyás & pörkölt

6. What is never missing from your refrigerator?
Kefir

7. What is your favourite Hungarian word?
Kupleráj

8. What do you miss most from home?
Being able to speak Russian with everyone.

9. What career other than yours would you love to pursue?
Sports management.

10. What's a job you would definitely never want?
Bar/restaurant manager

11. Where did you spend your last vacation?
Italy

12. Where do you hope to spend your next holiday?
Croatia

13. What was your favourite band, film, or hobby as a teen?
Favorite band was Jamiroquai, i've seen Ace Ventura probably over a 100 times, and obsessively played football.

14. What can't you resist?
Checking stats

16. Book or movie?
Depends on the day

18. Which social issue do you feel most strongly about?
Eating habits

20. What would you say is your personal motto?
Don't have a personal motto per se, but I like believing in the concept that there are as many truths as there are people. I also think that if you want to live well, you should give others the opportunity to do the same...