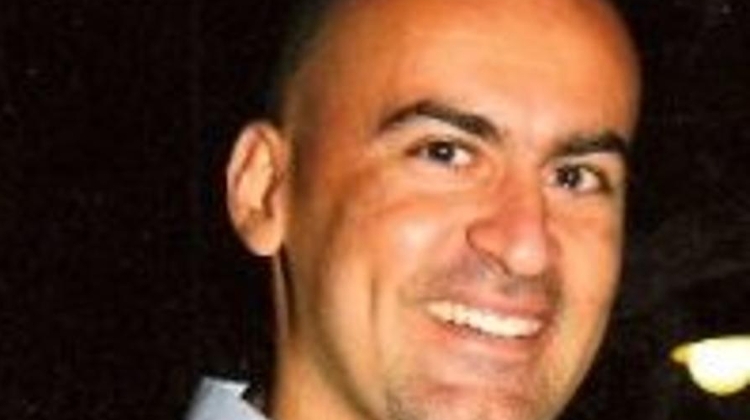 Hakki started his career as a consultant at PWC and Deloitte, focusing on CRM. Before his first venture, he took senior management roles as the GM of Netbul and GM of Noktalar all focusing on internet and mobile in Turkey.

Hakki founded and successfully exited multiple businesses, JV with Shazam (NeBuCalan), PowerClub (Turkey's first and biggest digital music store), music based social network Soundklan, which made him the Young Interactive Entrepreneur of the Year in Turkey in 2008. He was voted as mobile internet leader of the year in 2003 by the readers of Capital, economy magazine.

Most recently Hakki founded and leading LeFood, an online food delivery network. He also founded and invested in Napideal in Eastern Europe, a joint venture between Turkey's leading daily deals site Grupanya (backed by Intel Capital).
Before Napideal he co-founded Green Travel, the 2nd largest tour operator in Hungary with $30M+ in revenues.

1. When did you arrive in Hungary and what brought you here?
Starting from 2008 but it was on and off all the time since I had to travel a lot due to work. After 2009, i started to spend more than half of the year in Budapest, in 2010 i moved to Prague for 1.5 years to establish an extension of business there. Then, back to Budapest in 2011 and here since that time. I moved here mainly due to business. We have 3 companies in Hungary. GreenTravel, Napideal and recently launched online food delivery service lefood.hu.

2. Have you ever been an expatriate elsewhere?
Yes, Prague. I really like the city, the parks, old town. Missing the long walks with the dogs there. But I find people friendlier in Budapest. The best part of being in Prague was meeting my fiancé there. And now, she moved to Budapest too and we love living here together. It is not helping to learn Hungarian at home but i guess we’ll start taking lessons soon.

3. What surprised you most about Hungary?
The Good
- Life is much more like it is in slow motion here. Especially after coming from Istanbul with a population of 15 million people in one city but also I think this is that’s why i find Budapest very peaceful.
- Házi Pálinka is better than grappa :)
- Green areas in the cities are not seen as the opportunity to turn into a form of concrete like shopping malls to make money.
The Bad
- The banks are really bad at providing a good service, and maybe this is why many people are still using cash so much. I think the last time i have seen people paying their bills with those yellow post cheques in Turkey was in 1989. It is surprising to see them here in use.
- Food delivery, or i think any kind of delivery is super slow. Plus, before we launched lefood.hu, it was also surprising that there are no proper online food delivery services with an English interface.

4. Friends are in Budapest for a weekend - what must they absolutely see and do?
It is actually possible to have a fine dining cuisine on a budget in Budapest. There are no other cities in Europe, probably in the world, where you can buy a Michelin star lunch for such a low price. I would take them to one.

For the last few years, so many new places have opened in Budapest actually. I have a longer list of things to do and places to visit compared to 3 years ago. However, although it is not specific to Budapest and since i started playing Polo in Hungarian Polo Club, I’d definitely take them to Tabajd to have some experience with these amazing horses. A short ride or a practice session for beginners.

I live on Gellérthegy and take a walk around Citadella everyday with my dogs. I’d take them to see the beautiful view of the city. And it is still surrounded by trees although it is right in the heart of the city.

6. What is never missing from your refrigerator?
Fresh stuff from the groceries, smoked mangalica bacon, some good wine, peanut butter, lemon and ginger. I am getting more and more obsessed on buying organic eggs, chicken and veggies lately, at least from farms where they don’t mess with the food or animals.

7. What is your favourite Hungarian word?
Házhozszállítás :) Which i was able to neither remember nor pronounce for a long time. We actually ended up using it in an advertisement for our food delivery service. It went like this: “Can’t memorise Házhozszállítás? Try LeFood.hu, you can order in English”

8. What do you miss the most from home?
Being someone from the west coast of Turkey, Kusadasi, i miss the sea, fishing, fresh sea food and tons of veggies and fruits that i can’t find here starting with fresh figs actually.

9. What career other than yours would you love to pursue?
Maybe writing and directing a movie. That could be really interesting.

10. What's a job you would definitely never want?
Any routine job with no challenges or creativity in it.

11. Where did you spend your last vacation?
As a long weekend, it was Amsterdam but as a summer vacation, it was Bodrum. One of the most amazing places that you can go in Turkey where green and blue meets beautifully with cool people at the Aegean Coast.

12. Where do you hope to spend your next one?
Barcelona. Already planned for Spring. And hopefully Indonesia next winter. For summer, i will be in Turkey and Greece as usual.

13. What was your favourite band, film, or hobby as a teen?
It is scary how these changes as you grow old. It was Guns N' Roses', Iron Maiden, Alan Parsons Project. Movies were E.T., Indiana Jones, Star Wars, Top Gun. And all my life was about playing basketball where i ended up playing for 12 years including the University team.

14. Apart of temptation what can't you resist?
I think i am a kind of a control freak. The idea of not being able to control myself for something that i cannot resist as a temptation is already annoying.

16. Book or movie?
Movie. Mainly because I am a very visual person, despite the fact that most books are better than movies. Still, these 3 movies that i have watched recently are worth mentioning: Gone Girl (was surprisingly good). Interstellar (mind opening), and Seven Samurai (1954) by Akira Kurosawa. Plus all Miyazaki movies.

17. Morning person or night person?
Night. Trying to be a morning person for 30+ years I guess, but it is not happening :)

18. Which social issue do you feel most strongly about?
As i am slowly turning into a grumpy old guy, more and more things about the world started to bother me.
- How people play and mess with food to simply make more money. Genetically modified, processed, toxicated, fake food with tons of additives and preservatives. It is dangerous and slowly killing the whole planet, starting with plants and animals, and moving to humans.
- How society is engineered to consume things they don’t actually need, just to express and be themselves.
- More than 50% of the wealth and resources of our planet are owned and controlled by the wealthiest 1%, where the remaining 99% of the population is sharing the other half. This is getting scarier for our kids.

19. Buda side or Pest side?
I have always been living on the Buda side but I need to admit that it is the Pest side that is getting more and more lively and interesting, especially for the last couple of years.

20. What would you say is your personal motto?
A man is but the product of his thoughts. What he thinks, he becomes - Gandhi