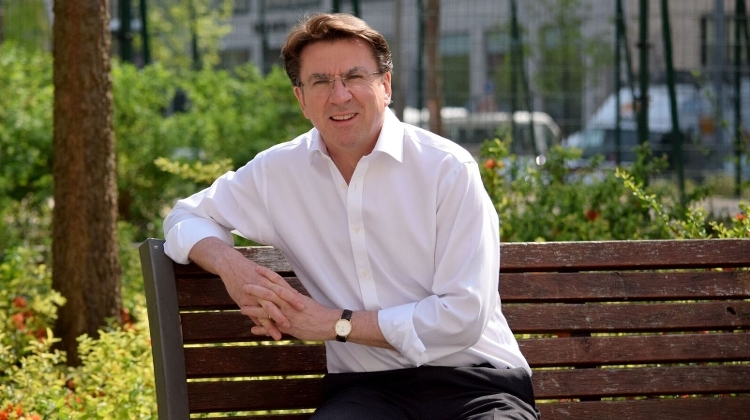 Iain joined the FCO in 1980 and has spent much of his career in Asia Pacific, serving in Tokyo (twice), Hong Kong and Canberra. He was Deputy Head of Mission and Political Counsellor in Bucharest from 2003-7, working on Romania’s accession to NATO and the EU. Prior to that Iain served as a foreign policy adviser to the Romanian Foreign Minister.

He was Deputy Head of Mission and Director, Trade and Investment at the British Consulate General in Hong Kong from 2007-11. The Queen awarded him an OBE in 2002.

1. When did you arrive in Hungary and what brought you here?
Early January, to start a 2 month intensive Hungarian course at Pécs and Debrecen universities, which followed 5 months of Hungarian training in London. I took up my position as British Ambassador in late March.

2. Have you ever been an expatriate elsewhere?
Yes! Poland, Qatar, Japan (twice), Australia, Romania, Hong Kong and Bahrain.

3. What surprised you most about Hungary?
Two things. The quality of English spoken by youngsters who have never been to an English speaking country. Incredible! And the quality of Hungarian wines. Some of the best I have ever sampled.

4. Friends are in Budapest for a weekend - what must they absolutely see and do?
I've only just arrived so I'm no expert! But my top 3 thus far: Fisherman's Bastion, a walk across Chain Bridge and a well-earned rest in one of the old coffee houses.

5. What is your favourite Hungarian food?
Very difficult having had 2 months of glorious home cooking courtesy of my homestay families. Gulyás, lecsó, rétes and flódni, plus much much more!

6. What is never missing from your refrigerator?
Mature cheddar cheese.

7. What is your favourite Hungarian word?
It's a phrase: fogalmam sincs (meaning: I have no idea). Very expressive!

8. What do you miss most from home?
Family and friends.

9. What career other than yours would you love to pursue?
Something in the travel industry that would satisfy my wanderlust.

10. What's a job you would definitely never want?
Needs must, so never say never!

11. Where did you spend your last vacation?
Oman, last May, with a romantic weekend in Rome in November.

12. Where do you hope to spend your next holiday?
Positano, on the Amalfi Coast, in July. Been there a couple times and love it!

13. Apart of temptation what can't you resist?
Liquorice, chocolate and Scottish tablet (a sort of fudge). And yes, I have a typically Scottish sweet tooth!

14. What was your favourite band, film, or hobby as a teen?
Eagles and ELO.

18. Which social issue do you feel most strongly about?
Child poverty and welfare.

19. Buda or Pest side?
Tough as I live in Buda and work in Pest. Both are brilliant!

20. What would you say is your personal motto?
'Life is not a dress rehearsal' - Rose Tremain