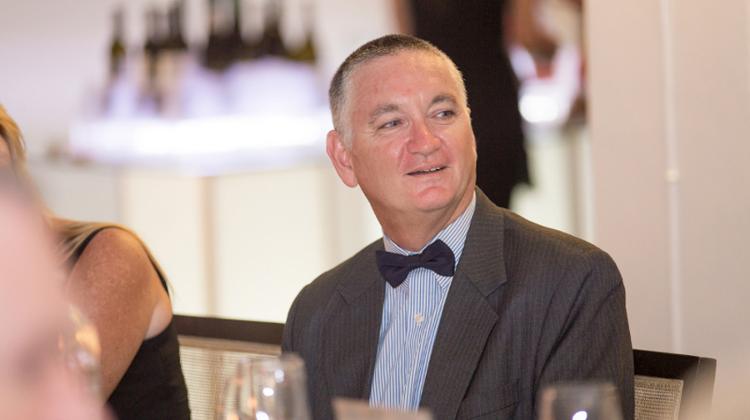 A third generation career Hotelier, Peter was born in the western Victorian (Australia) town of Hamilton where his grandfather was a Publican after the Second World War. His father Bruce was the youngest Council member of the Australian Hotels Association, whilst managing a large Hotel operation in Portland also in western Victoria, before moving his young family to Melbourne.

Peter began his Hotel career cleaning ashtrays, washing dishes and picking up glasses under his father’s supervision at the Royal Hotel in Ferntree Gully in Melbourne at the age of 12. He moved into the start of his lengthy career as a full time Barman, then a Bottle Shop Manager and Duty Manager at The Royal, before moving across to work for the Billabong Hotel Company, working up to his first Hotel Manager position at age 21 at the Coach & Horses Hotel in the Melbourne suburb of Ringwood.

An approach from well-known Hotel identity, Bruce Mathieson saw the start of a long relationship with the Mathieson family, who formed a joint venture to become Australia’s largest Pub operator, the ALH Group with 330 Hotels across every state. Peter was appointed in 2005 to the role of State Manager responsible for the group’s 32 Hotels in South Australia, turning a struggling group of Venues into what became regarded as a very successful business over the following 7 years.

He was then asked to take on the most important operation in the group, the State Manager’s role in Victoria/Tasmania with a portfolio of 97 Hotels and Clubs, contributing the largest share of bottom line to the group’s balance sheet.

The Mathieson Family had involvement in The Chava in Phuket and Peter was a regular visitor to Thailand with his wife Sharon, so when the opportunity for some better work/life balance arose he leapt at the chance to become an expat, taking over as the General Manager in mid-2013.

A respected operator in the Phuket industry, Peter is an active organizing member of several wine clubs on the island and a definite “foodie” through and through, with this interest being central whenever pursuing his other love of travel.

1. How do you feel about your current assignment in Phuket?
After a lifetime career in the hotel industry, a lovely way to cap the twilight years of my career is here in Phuket. My most recent assignment had me looking after 6500 staff, I now look after less than 40, I think that answers your question.

2. How long have you been an expat, and where also have you lived abroad?
Only for 3.5 years so far, never previously lived abroad.

3. When you first arrived, what surprised you most about Thailand?
The cultural difference was the most difficult thing to adapt to, working life in Australia throws up a whole different set of challenges than those here, such as working through bureaucracy- one has to go about things in a very different manner than in the West.

4. If you could live anywhere in the world, where would you choose, and why?
I’m already living my dream!

5. Friends are in Phuket for just a few days - what must they absolutely see and do?
Rawai sea-gypsy fishing village, where you purchase the freshest seafood direct from the fishermen, walk across the road to your restaurant of choice and they prepare it to your liking, all for about $USD 3 per kilo. On top of that tall icy cold beers are the same price.

6. What was the most adventurous travel trip you have ever taken?
About 12 years ago I travelled to Vanuatu in the Pacific to the island of Espirito Santo to scuba dive the largest accessible ship wreck in the world, the SS President Coolidge. A week diving and partying with my scuba buddies is more than enough adventure for this young man.

7. What has been the biggest achievement in your life so far?
My previous job, I was the State Manager for Victoria and Tasmania, for Australia’s largest hotel company, the ALH Group, where I was responsible for 97 pubs and clubs across two states.

8. What is the secret of your success?
I am a third generation Hotelier, following in the footsteps of my father and grandfather, and have been working in hospitality all of my life, having started at the bottom and have worked my way up to senior executive positions and beyond. I am a very strong believer in leading my team by example, and continue to do that too this day.

9. What’s your favourite sport / form of exercise?
Aussie Rules Football (AFL) although a long time since being an active player, I’m a passionate supporter of my team Carlton-The Blues; still being a member of the club and via satellite watching every game.

10. What can’t you resist - tell us a guilty pleasure.
My love of wine, in particular Barossa Cabernet from Australia, Riesling from the Clare Valley in South Australia, and hearty red from Rioja where I travelled earlier this year.

11. What's the last movie you watched, and book you read?
Just re watched The Hangover for about the 13th time, having been to Vegas a bunch of times I can almost relate! Just started reading Bruce Springsteen’s biography Born to Run, which I’m really looking forward to as I’ve been a Springsteen fan for years.

12. If someone wrote a biography about you, what would the title be?
The Glass is Half Full

13. What has made the biggest impact on your life so far, and why?
My father, because he obviously shaped who I am, and was a massive influence in me choosing the career I sought to pursue. Unfortunately I lost him 11 years ago, but am sure he is extremely proud of what I’ve achieved.

14. Which social issue do you feel most strongly about?
Right now we’ve just got involved with the newly created Phuket Elephant Sanctuary, which has been set up to rescue abused and mistreated working elephants from the miserable existence they are subjected to often in the name of tourism.

15. What was the luckiest moment of your life so far?
Meeting my best friend, Sharon, who shares my love of travel and wine, and who became my wife.

16. If you could trade places with anyone for a week, with whom would it be?
Marco Pierre White, Chef extraordinaire who I admire greatly. I’d love to have the palette, foresight and passion for the culinary arts that he does.

17. What career other than yours would you also love to pursue?
I’ve always wanted to be a chef, although I have no illusion of it being a romantic career. It’s physically and mentally a very tough career, but also enormously rewarding from a professional perspective.

18. In ten years from now what will you be doing?
Relaxing on an island beach with a pile of really good books, and a never ending supply of Clare Valley Riesling.

19. Where is your dream retirement location, and why?
I fell in love with Spain’s Basque country and the Rioja region, in particular the towns of Haro and Logrono on a recent visit, so this will be difficult to top, so 6 months in Spain and 6 months in Thailand is a likely scenario.

20. What could you say is your personal motto?
“Is a dream a lie if it don’t come true, or is it something worse?’’ Bruce Springsteen - The River