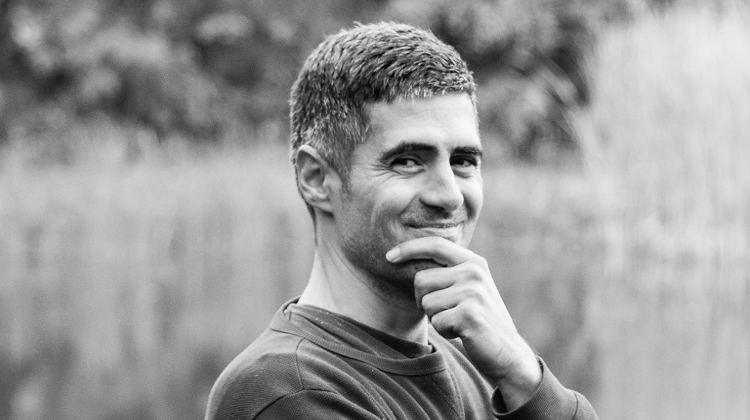 Peter currently owns and operates an apartment hotel chain called Nova and airbnb business in Hungary. He has been doing it for 15 years and loves holding seminars about property, airbnb, bank loans and investments at his seminars. He also coaches people online as well as at his seminars since he likes sharing his life and business experiences with people.

His eight-year-old son has inspired him to write children’s books which are available on amazon.com and throughout the world with Cambridge based publisher, Pegasus. This book being The Beggar King, and Silly Daddy.

In short, he currently owns and manages 4 apartment hotel businesses in Budapest  which he started in 2006. He started by renting one apartment in Akácfa street and then growing it to more than 180 apartments 12 years later. He has gained a lot of wisdom and has also lost some businesses on the way. (Like his pancake business in Osaka, Japan before he moved to Hungary).

Most successful people have lost 1-3 businesses before making it big, he says so he would like to show other people that within a short period of time it is possible to start a business or career with little or no money.

Over the years he also studied a lot about himself spiritually and has gone to many psychologists and kinesiologists to find inner balance. He also started a Music  Channel on YouTube which has  12,000 followers by now (called Peter Music.

He would like to share how we can get closer to finding inner balance in this crazy, superfast changing world. How to set goals and achieve success. Don’t forget that most successful people have simplified things in Business.

When did you arrive in Hungary and what brought you here?

I arrived when I was ten years old. I was born in Sydney, Australia, but I went back to Brisbane when I was 16.

Have you ever been an expatriate elsewhere?

Yes, in Osaka, Japan I lived there for two years. A girl took me there whom I met on  one of my holidays. We stayed in the same hotel, in rooms next to each other (by accident), and each day when we went sightseeing we started going together to the city and watching / enjoying the city together, and she said, whenever I go to Osaka, I am welcomed to stay at her place. That is how we started dating as well.

What would you miss most if you moved away from Hungary?

What is your favourite Hungarian and international food?

What do you miss most from home?

The excellent weather, the Oceans, the beaches, and the people, the way they are  relaxed, compared to Hungarians.

Who inspired you to become an author?

My eight-year-old son inspired me. I always read him a bedtime story, and I asked one night if he would like to hear Aladdin or the Lion King? He said, we watched them hundreds of times on TV as well.

He wanted me to tell him a story I came up with by myself. I started telling him a story about a monkey in the forest who goes to the Ocean and starts talking to a fish. He was asking me, Daddy, Daddy, how can a monkey talk to a fish in the water? And I went, well, you are right, that’s almost impossible, so I promised myself from that point on, I am going to write one or two books so I can read him out loud.

What career other than yours would you love to pursue?

I would love to continue doing what I am doing now since I live it. I would like to continue writing books so I’d like to become more like a famous author, for children, like Julia Donaldson with her Grufallo series, or Dr Seuss. I also love motivational speaking, I give financial seminars and I just want to continue my career in these two things. There is a seminar coming up in January that I will hold.

Which achievement in your life are you most pleased about?

I am most pleased about the following things in my life: One is the travels I had, my on I have and the Hotels I own, the four apartment hotels I built up alone by myself that took 16 years in Budapest in Gozsdu, Corvin Negyed and one behind Blaha Lujza ter. I partly own and partly manage.  Also, the books I have written and published.

Where did you spend your last vacation?

It was this year, before Covid I went to Tanzania, in January. Weather was perfect and so much wildlife and animals as well as Kilimanjaro.

Where do you hope to spend your next holiday?

I have friends, one is in Mexico now, the other one at the Grand Canary Islands, so people are traveling.  I would like to go to Mexico next month.  My friends from BBIS, AISB and Britannica are there now, Lufthansa flies daily to Cancun, so it can be done.

What was your favourite band, film, or hobby as a teen?

I really liked Green Day and the Beatles with their very different types of genres.
Film: I loved The Matrix, The Lorax, a Cartoon, by Dr Seuss.

Both. I love reading. Dr Seuss is a big inspiration with his Lorax and also the Grinch. And of course, the Kung Fu Panda, with very deep meaning, while it is funny to watch.

What would you say is your personal motto?

I would probably borrow from Mahatma Gandhi: “Happiness is when what you think, what you say, and what you *d*o are in harmony.”