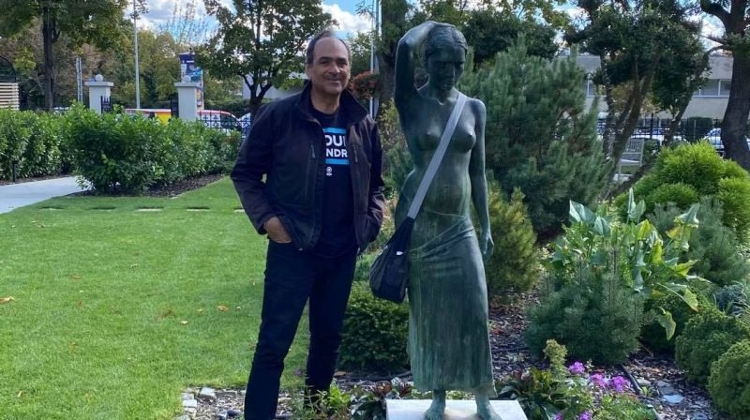 I’m ancient but still functional after 70 years on this planet, says George, adding, "George is not a very exotic name, but it is mine".

I left my birthplace, the Bronx, New York and headed for the greater world at the age of 19, though I returned each winter for 3 years to continue my studies.

Finally I had had enough of the Big Apple and University so I left and I didn’t come back. I bounced around between India-Thailand and Europe (mostly Greece, Sweden, Denmark .. with a few shorter stays in Great Britain, Germany, and Spain) for 14 years before settling in Sweden.

Sweden was the Land of Milk & Honey in the 70’s, though I didn’t really settle there until the 90’s. I did my University from scratch in Stockholm, and started my career in electronic engineering (Telecoms) right after graduation.

And now, here I am in Budapest for the last 10 years. I’m fluent in Swedish & Danish though I only know 10 words in Hungarian after 10 years in Hungary (terrible!!).

When I quit or get fired from work I will master Hungarian 😊 I work here for a global telecom corporation, I’ve been working for them for quite a while.

I’m married, and between my wife and my garden I’m passionately in love. That’s it! – 50 years in Europe in a nutshell!


1.When did you arrive in Hungary and what brought you here?

I arrived August 2009, I came to a technical conference. But I also met a Hungarian girl on an Online Chat webpage. I came back September 2009 and stayed here with her.

2.Have you ever been an expatriate elsewhere?

Yes, both in Sweden and in Denmark. I even lived ‘black’ for a while in Greece.

The language. Before coming to Hungary I already spoke fluent Swedish and Danish (and broken bits of German, French, Greek, and Spanish).

The Hungarian language was shocking to hear! It sounded very coarse to my ear, and the tone and volume sounded like everyone was at the point of killing each other.

Take them on the usual Tourist tour (Castle area, Fisherman’s structure, maybe Szentendre for an ice-cream along the river, some museums; in the evening a good restaurant).

I don’t have any. I eat whatever my Hungarian wife cooks, she is a very good cook.

6. What is never missing from your refrigerator?
Tejföl, marmalade, butter, milk.

7. What is your favourite Hungarian word?
Szia

Many, I had no favourite band, film or hobby.

No favourites. My reading and viewing cover a whole spectrum of subjects.

Equal rights for everyone. The Health and Education sectors should be allocated more attention and funding.

20. What would you say is your personal motto?
Carpe diem!