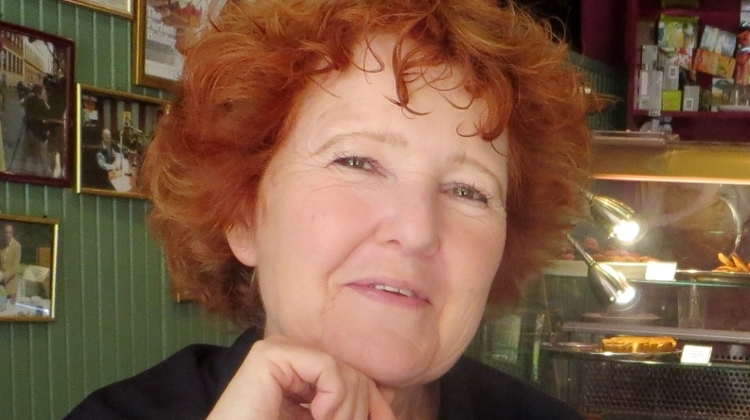 Marion Merrick came to Hungary in 1982 when the country was still behind the “iron curtain”. She worked for one of the first private language schools that were then opening, and subsequently taught at Pázmány University, ELTE Teaching Training College, and finally at the British International School.

She has written two books, Now You See It, Now You Don’t which details everyday life in communist Hungary pre-1989, and House of Cards which explores the complex effects that the subsequent change of regime had on ordinary people’s lives.

Her books have been included as part of the Open Society Archive dedicated to this period in the CEU.They will be serialised on Xpatloop from September.

She also has a website www.budapestretro.weebly.com which offers a vivid insight into life before 1989.

I first visited in 1978, but I came to live here permanently in 1982. My husband (also English) had been asked to teach at the Liszt Academy and I worked with Hungarian friends at Lingua language school in Óbuda.

Just about everything back then: the lack of phones (meaning people physically met friends all the time); the fantastically cheap culture (books, cinema, concerts); the tasty food, the realisation that there were only ten other British people living in the country – and the fact that the British Embassy thought we were spies!

See the river – preferably by both by day and at night, maybe having dinner on a cruise.

In winter, there’s nothing like a good Jókai bableves; I also love gesztenyepüré – I’ve never tasted anything like it anywhere else!

Both ‘pittypang’ (dandelion) and ‘pipacs’ (poppy) – mainly because of how they sound.

The sea, the countryside and the centuries-old buildings.

I would have loved to be an orchestral cellist.

Anything technical or practical – I struggle with putting together even the most basic item of IKEA merchandise!

Austria – and then England again (my children are there).

Coffee and cats (we used to have four).

Book first – and film (of a book) second.

18. Which social issue do you feel strongly about?

The anxiety over voicing one’s opinions for fear of being subsequently labelled and ‘cancelled’.

I really like the Hungarian saying: valamit valamiért. (It’s generally used to mean something like: you can’t have something for nothing.)