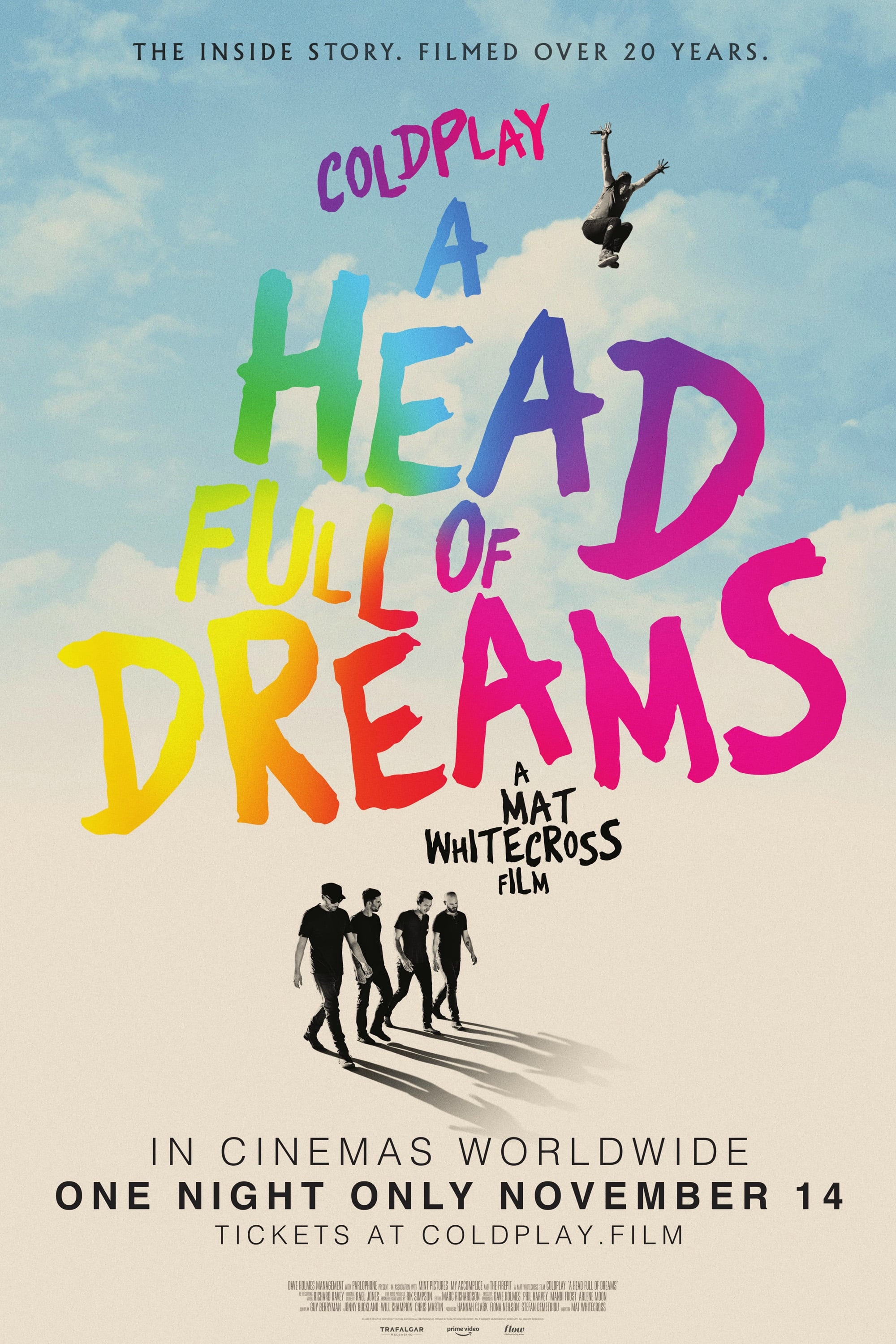 COLDPLAY: A HEAD FULL OF DREAMS

A HEAD FULL OF DREAMS offers an in-depth and intimate portrait of the band's spectacular rise from the backrooms of Camden pubs to selling out stadiums across the planet. At the heart of the story is the band's unshakeable brotherhood which has endured through many highs and lows. The film is directed by Mat Whitecross - director of Supersonic, the acclaimed 2016 Oasis documentary - who met the four friends at college in London, before they'd even formed the band. From the very first rehearsal in a cramped student bedroom, Whitecross has been there to capture the music and the relationships on tape. Using extensive unseen archive, behind-the-scenes and live footage, A HEAD FULL OF DREAMS sees the band reflect upon their two decades together. It was filmed during Coldplay's record-breaking A Head Full Of Dreams Tour, which was certified as the third biggest tour of all time, playing to more than 5.5 million fans across the world.