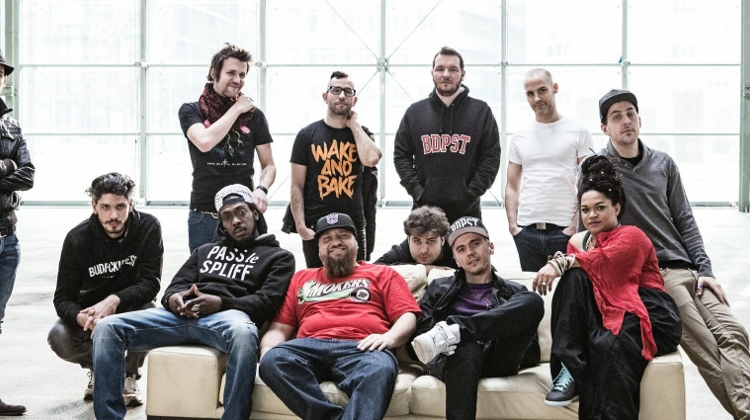 Formed in 2005, Irie Maffia quickly became a fixture on headline stages at festivals and at top clubs countrywide.

And its no wonder, given that this band blending the styles of reggae, hip-hop, rock and funk is a genuine supergroup: not only does it have four (!) lead singers/rappers - Sena, MC Columbo, MC Kemon and Busa - but it also has a group of backing musicians with a host of accomplishments to their names on the domestic and international pop scenes.

A full house at the Akvárium Klub brought a highly successful 18 months to a close.

The year 2015 marked the completion of Irie Maffias first decade. The band also returned to Müpa Budapest to perform its then new concert set.

Besides the dozen-strong band, several former members also took the stage, while some surprises also lied in wait at its jubilee concerts.

A new album was also set to see the light of day on the occasion of the band's 10th birthday, heralded by the hugely successful single and video Jump Up.
Place: Palace Of Arts
Address: 1095 Budapest, Komor Marcell utca 1.