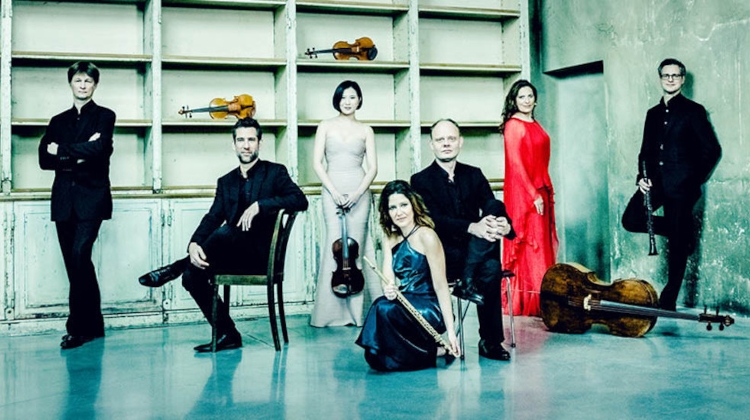 The recently established, multinational Alban Berg Ensemble is made up of superb soloists capable of tackling performances demanding a wide variety of instruments. In their choice of name, however, they are predestined to perform primarily Viennese Modernist works.

This they do with Arnold Schönberg’s work dating from 1906, which, however, represents the composer’s early output. With his post-Romantic works written around this time, Schönberg also won the admiration of the other composer of the recital, Gustav Mahler, also from Vienna.

The Chamber Symphony, written for an unconventional instrumental line-up, is bookended by Mahler’s oeuvre: the Piano Quartet in A minor was the author’s first composition, and the symphony movement performed after the intermission his final work.

The first movement of Mahler’s monumental Symphony No. 10, planned for five movements, which was left in a form that is generally considered to be final, is performed in an arrangement by English composer Martyn Harry.

The Adagio, which conveys his unmistakable personal pain and bitterness, had already resonated with his contemporaries, with Alban Berg himself dealing with the manuscript of the symphony.